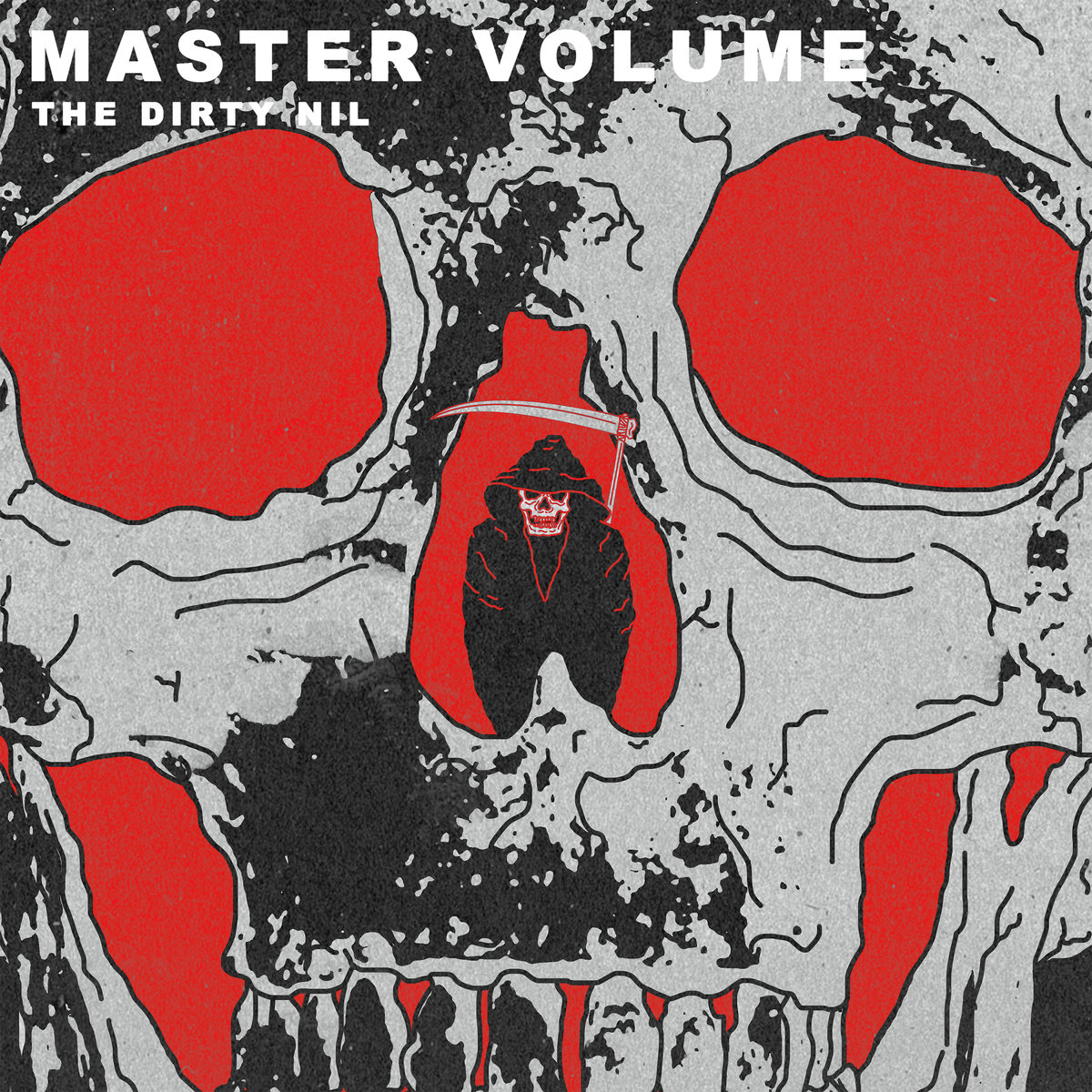 The Dirty Nil clearly worship at the altar of RAWK, as their third LP ‘Master Volume’ is cram-bam full of rattling grooves, scorching solos and tales of excess. The Ontario three piece have long been lumped into different rock and punk sub-genres but for the most part this new offering is a straight up rock record (albeit two tracks that veer closer to a punk aesthetic – I’ll get to them later).

Largely ‘Master Volume’ is a one dimension listen, most songs commence with a crackle of feedback beforelurching into a cock-sure strut framed by singer/guitarist Luke Bentham’s overwrought vocals and lyrics; for all the album’s ragged face value, it feels strangely pristine and not the rough ‘n’ ready record that I expect The Dirty Nil set out to make. Thematically, the trio’s latest effort either touches on Bentham’s own self-deprecating commentary – “can’t you see you’re a fuck up/just like me” from Auf Wiedersehen, the most blatant inward critique, or angst-ridden tales of either seeking revenge or splurging disdain about someone that’s done the frontman wrong. Rock ‘n’ roll indulgence permeates ‘I Don’t Want That Phone Call’ “nobody’s got a habit quite like you” and “you almost died five or six times” tick the boxes when it comes to narcotic and alcohol abuse all in the name of rock music. ‘That’s What Heaven Feels Like’ has Bentham declaring “got me a death wish baby” and it’s with this lyric and the “fuck up” example where ‘Master Volume’ falters; it’s too formulaic in its narrative and ultimately if you’re conscious of being a “fuck up” then sort yourself out, seekhelp, stop dining out on your big ol’ life mess.

Ok, the two tracks hinted at, at the top of the review harness The Dirty Nil’s brief detour from the rock ‘n’ roll road map; ‘Please, Please Me’ is a raging, full throttle blast in the same vein as The Bronx and ‘Smoking is Magic’ is 50s rock ‘n’ roll with a dash of punk danger. The only downside is when Bentham sings the
cringeworthy lyric of “all I owe is revenge”. Elsewhere ‘Master Volume’s is laboured and bereft of any real
excitement, just a lot of noise with not a lot to shout about. ‘Master Volume’ feels like it’s made by a group wearing a mask of rock ‘n’ roll, rather than it coming naturally, the album feels forced and is riddled with clichés.