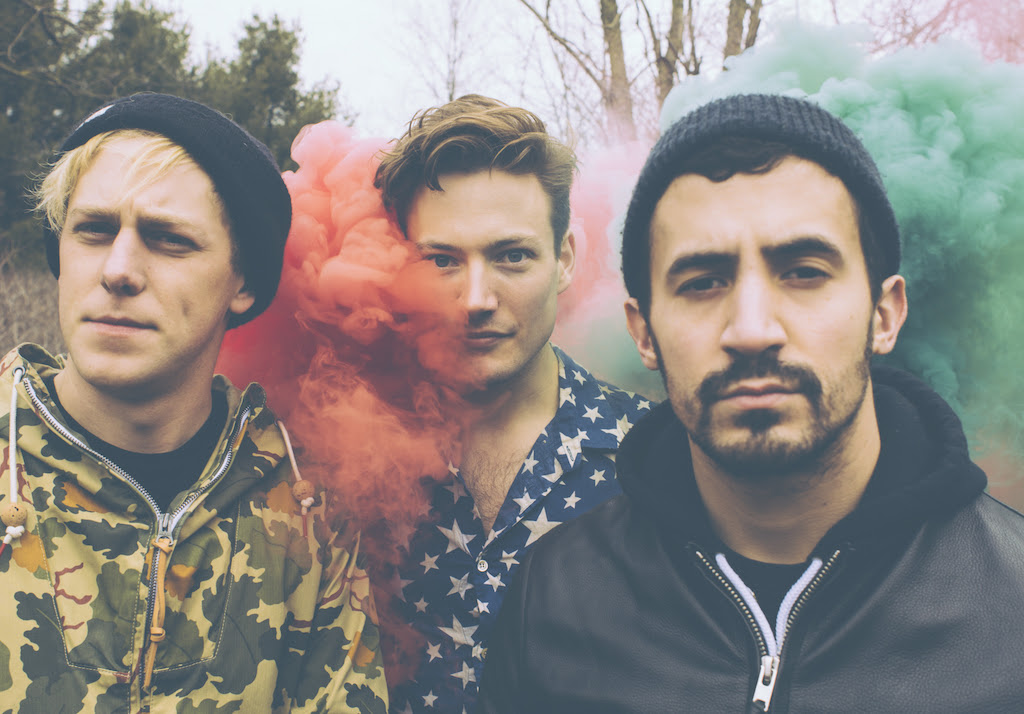 The Dirty Nil’s debut album Higher Power was released earlier this year via Dine Alone Records. The band, as well recently Wrapped up an epic summer tour, supporting FLAG and Billy Talent in June and September in the US and performing at Amnesia Rock Fest & Riot Fest in Chicago. The Dirty Nil have just unveiled their latest video effort from their debut, for ‘Friends In The Sky’.

“Can silver pants from China give you cancer? I don’t know. What I can tell you however, is that speaker cones will catch fire if you subject them to the business end of a smoke grenade.”

The Dirty Nil’s Higher Power has been many years in the making. It’s been a decade since the Hamilton-based band formed in 2006 as a duo featuring teenage high school pals Luke Bentham (guitar/vocals) and Kyle Fisher (drums). After a few years of basement jam sessions, they rounded out the lineup with the addition of their friend and fan David Nardi (bass/vocals) in 2009.

David chimes in, “I was listening to Led Zeppelin and the Stooges back to back. I was burning CDs to listen to in the car without any real knowledge that the bands I was playing were in direct opposition. I was putting a Sex Pistols track on a CD right after Pink Floyd without realizing that one was trying to destroy the other.”

The Dirty Nil released a string of singles and EPs, and their fanbase spread from their hometown across the continent. They earned an admirer in NOFX’s Fat Mike, who asked the band to cut a single for his celebrated punk label Fat Wreck Chords (2014’s “Cinnamon” b/w “Guided by Vices”). They hung out with underground hero Ian McKaye at the iconic Dischord House in Virginia, opened for FLAG, and took part in Warped Tour.

In early 2016, they released the much-anticipated debut album Higher Power through Dine Alone Records. With 11 songs full of shrieking feedback, in-the-red distortion and titanic choruses, it’s a coming-of-age party for three friends who have remained true to their rock roots without allowing themselves to be confined by genre. Towering cuts like “No Weaknesses” and “Zombie Eyed” display Bentham’s love of combining sneering garage rock with power pop hooks, while “Lowlives” and the bite-sized “Fugue State” highlight Nardi’s knack for brute-force hardcore and sinister post-punk.

Sessions for the album took place at Candle Recording in Toronto with producer Shehzaad Jiwani (Greys) and at Tape in Hamilton with producer Adam Bentley (The Rest). Mixing was handled by indie rock guru John Goodmanson (Sleater-Kinney, Death Cab for Cutie, Unwound), and the results capture the spontaneous energy of The Dirty Nil’s concerts with sizzling sonic clarity.

“Recording Higher Power, the goal was to create as close of an approximation to a live show as possible,” explains David. “We never recorded anything to a click track. A lot of it was eye contact and body language. Kyle and I played together, locking in. I watched his hands and he watched mine. The music breathes and falls all over the place, and that’s why we had to play in the same room.”

“When we’re playing together on stage, it feels like those first few rehearsals that we had with Dave in the very early days,” Luke says. “Everything’s exciting and cohesive and powerful and together. That’s the feeling that sustains you through the long seven-hour drives between shows.”