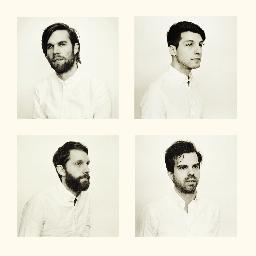 Shot in Detroit, the surrealistic piece references mankind’s role in the rise and fall of its civilizations

“Muzzle Blast” is the second video from The Darcys Warring, which sees its release this week on Arts & Crafts. Warring represents the band’s third release on the revered Canadian imprint and the final instalment in a trilogy of albums that includes The Darcys and AJA.

Warring was produced by Tom Mcfall and mixed by Dave Schiffman. The album was written over three years and recorded in Toronto during the final six months of 2012 with a focus on sonic detail inspired by the history of great studio opuses.

The Darcys celebrate the Toronto release of Warring Friday, October 11 at Adelaide Hall.

THE DARCYS ON TOUR [More TBA]