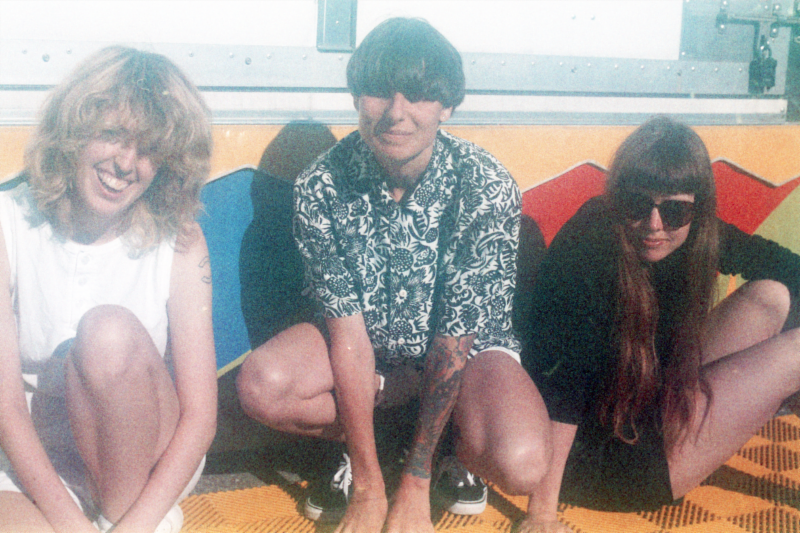 “At the time we made the video, we didn’t even know we’d be working with Flying Nun! We were just big fans” explain The Courtneys. “The video features cameos from our recording engineer Jordan Koop, “Curly Courtney” (Hugo Noriega) and members of our friends’ bands Dead Soft, B-Lines, Dead Ghosts, Woolworm, Flyin’, Nervous Operator, Needles//Pins plus vehicle cameos from our old van “The Courtneymobile”, Courtneys Convertible and Macy’s van with the mushroom window which is basically famous for appearing in most Vancouver music videos. Also there’s a dog cameo from Lady Dog.”

After naming Flying Nun Records as their number one influence for years, the label signed the Vancouver trio as their first act that isn’t from New Zealand. The Courtneys draw influence from the likes of Teenage Fanclub, Pavement, Eddy Current Suppression Ring, and The Clean.

The Courtneys II is set for release February 17, 2017 on Flying Nun.