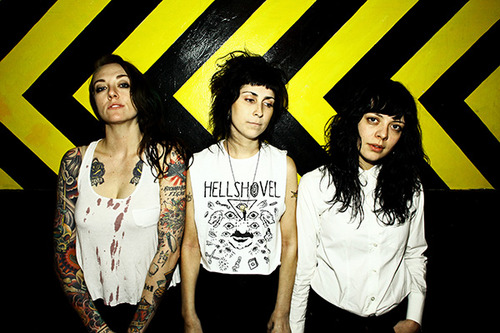 Given The Coathangers and Black Lips prolific output of 7″ singles and split EPs, it seems crazy that it’s taken nearly a decade of coexistence and mutual admiration for Atlanta’s two favourite troublemakers to team up on a slab of vinyl.

The split is limited to 1000 copies (download cards included) and comes out November 13th courtesy of Suicide Squeeze Records.

The Coathangers have been road-dogging it since their latest record. After touring the world, Australia, Europe, few and far between – they’ve hit the studio with Nic Jodoin (Black Rebel Motorcycle Club, Desert Noises) to work on the next record which will see its release in 2016.