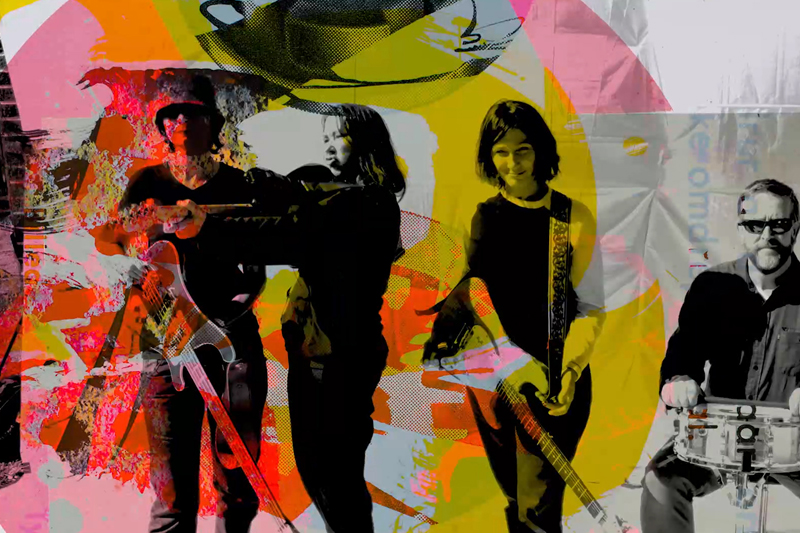 Richard Ayoade, the BAFTA-nominated film director (Submarine, The Double), actor (IT Crowd, Garth Marenghi’s Darkplace) and comedian, has been a long-time fan of The Breeders. As a young teen in 1990, Ayoade recalls travelling from his Ipswich home to London to buy the band’s first album Pod. Today, nearly 30 years after making that journey, he has teamed up with his favourite band to create an eerie short story for their latest single, ‘Spacewoman’.

‘Spacewoman’ is taken from The Breeder’s latest album All Nerve, their first album in a decade and their first in 25 years reuniting the iconic Last Splash line-up of the aforementioned Deal sisters, Wiggs and Macpherson. ‘All Nerve’ is the band’s fifth studio album for 4AD.