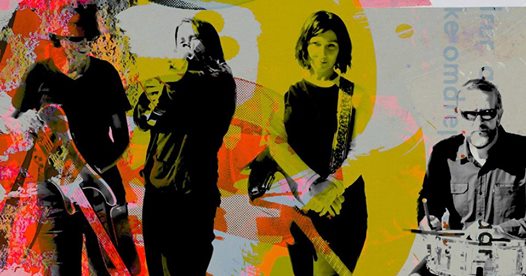 When The Breeders reunited to release their first new music in a decade, the 2017 single “Wait In The Car,” they formed a series of limited 7” releases. On one, Kim Deal’s dreamy reimagining of Mike Nesmith’s “Joanne” fills the B-side. Today for the first time, The Breeders release an intimate video of Deal’s recording of that exact take in Steve Albini’s Chicago, IL studio with an appearance from Albini. Deal and Albini will appear in conversation at SXSW on March 14. The Breeders’ fifth album All Nerve is out March 2nd.

To coincide with All Nerve and following a successful club tour late last year, The Breeders will tour North America and Europe throughout the Spring and Summer. Find tour dates below including newly added shows in Los Angeles and New York City.

People change over the years, and the you that is you never changes. Yesterday you were a kid, and tomorrow you’ll be old, and you think you’re the same person you were, despite all evidence to the contrary.