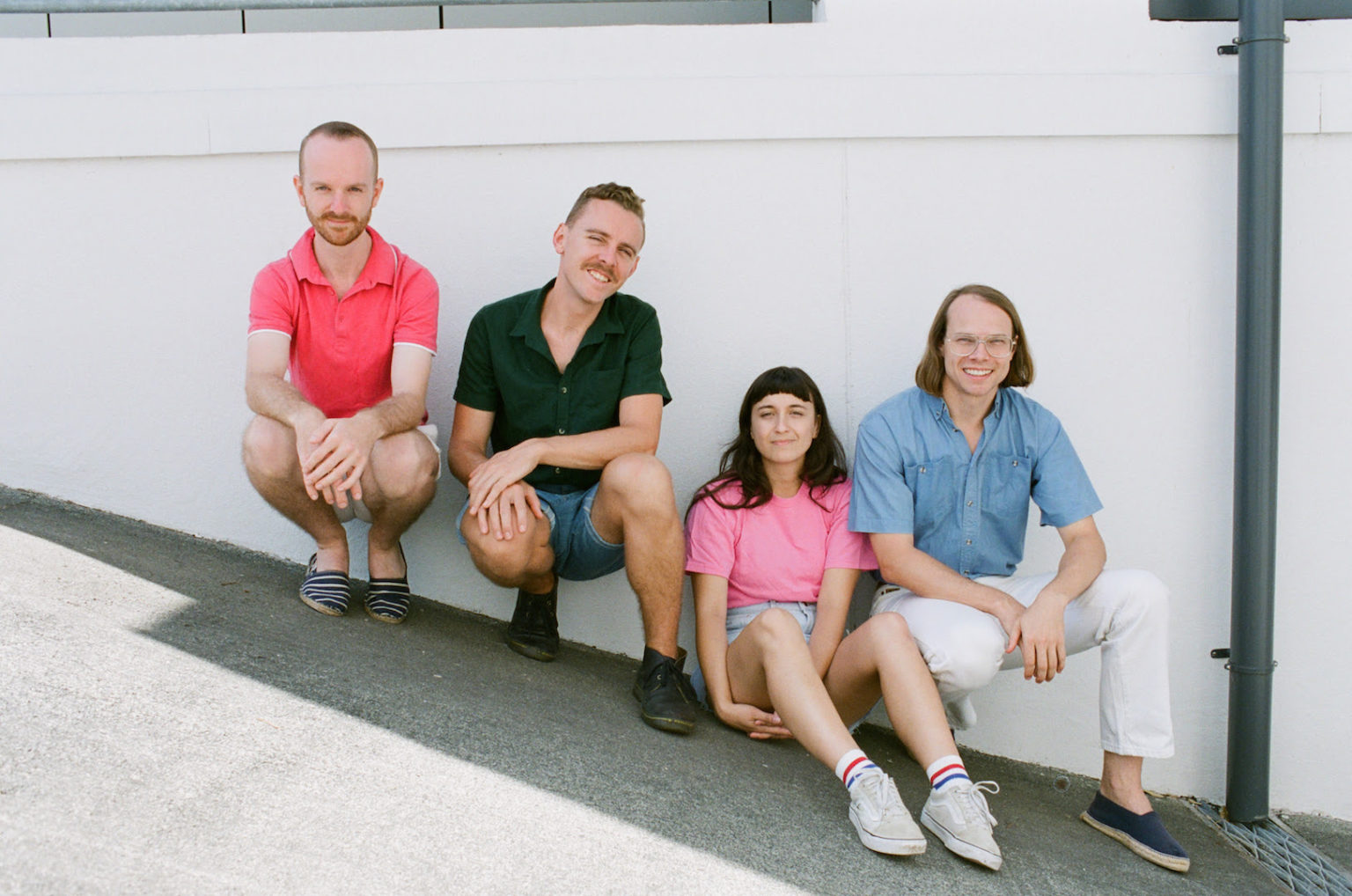 The Beths "I'm Not Getting Excited"
TwitterPinterestPocketRedditFacebookEmail

The Beths have released a new video for “I’m Not Getting Excited,” off their forthcoming release, Jump Rope Gazers, out July 10th via Carpark Records. The track follows previous single “Dying to Believe.” The Beths are Elizabeth Stokes (vocals/guitar), Jonathan Pearce (guitar), Benjamin Sinclair (bass), and Tristan Deck (drums). Jump Rope Gazers is the follow-up to the New Zealand Band’s previous release Future Me Hates Me.

“People always ask ‘are you excited!?’ and it’s a fair question, because exciting things do happen to us sometimes,” says Elizabeth Stokes. “Support slots, overseas tours, music releases. Stuff we’ve dreamed about for years. So the correct answer is always ‘yes.’ But the truth is that deep down there’s a tiny Liz saying, ‘don’t get excited.’ She is certain that anything good that could happen will most likely not happen, because of a freak accident. Or because somebody finally realises that we aren’t worthy, shouts ‘phony!’ and takes everything away. I wrote ‘I’m Not Getting Excited’ last year, well before everything really did get taken away. From everyone. It feels like the song has a new context, but we don’t know what it is yet. And now we all share a blurry, uncertain future.”

The video was filmed during the first month of lockdown in New Zealand. It’s a spooky more-is-more collage of animated night terrors. The directors Sports Team “turned our laundry into a film studio and spent our inside time mastering the art of stop-motion animation. We animated old towels, all the cardboard in the house and The Beths themselves… frame by bloody frame. There’s a lot of scary imagery in the song that we wanted to play on. There’s a madness too, in the contradiction between what the song is about and its frenetic energy. It has defined the lockdown for us—being locked indoors but furiously busy.”