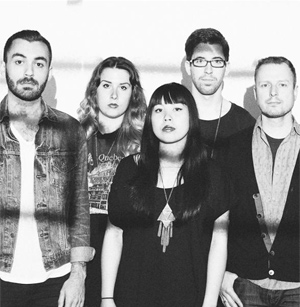 The Belle Game have premiered the video for their single, “River”, today. The video was directed by Kheaven Lewandowski who said,  “I thought it would be interesting to explore the ideas of the song through a character and subculture we’d never seen before. One thing led to the next, and a Japanese rent-boy odyssey story was conceived, and felt right. Making it turned out to be a whole different story, which took about 5 months with many ups and downs. We just never lost sight of the fact that it was an opportunity to tell a unique story with an amazing soundtrack, that explores a world that most people have never even heard of; and at it’s core, is something everyone can relate to. It was definitely a video worth fighting to make”

In the midst of a North American tour, The Belle Game performed during the CMJ Music Marathon in New York last week and have just announced a two-week tour of Europe, that begins in late November (all dates below).