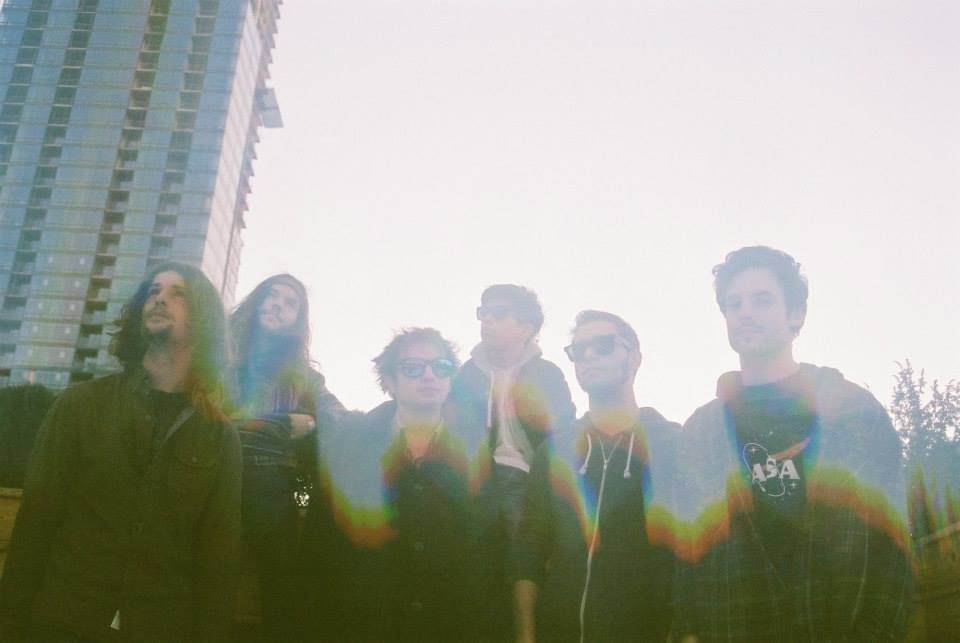 Toronto-based psychedelic pop band, The Auras, have just release their new EP, Saturn Day. The band has premiered The EP’s lead single, “Sure Shot,” which you can check out below.

The Auras were formed in 2008, by longtime friends, Aaron McCoy (drums), Hank Van Harten (bass, vocals), David Zboch Alves (Keyboards, vocals), Peter Dasilva (guitar, vocals), Robb Schaede (guitar and vocals) and Dallas Wheeler (guitar, vocals). At their very first show in 2009, the band was discovered by the Toronto-based psychedelic music community, Optical Sounds, who helped them book gigs with local bands, such as The Hoa Hoas, Action Makes, The Mark Inside and The BB Guns. Influences for The Auras include MC5, Asteroid #4 and Spacemen 3.