The Arcs premiere “Outta My Mind” 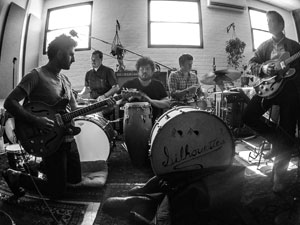 The Arcs’ have debuted their “Outta My Mind.” The song is from The Arcs’ upcoming debut album, Yours, Dreamily, which will be released Friday, September 4 on Nonesuch Records. The band also recently shared the lead track “Stay in My Corner.” The Arcs will be touring in support of the album; details will be announced soon.

In advance of Yours, Dreamily, The Arcs recently released a 7-inch single, Inspired by the Floyd Mayweather vs. Manny Pacquiao boxing match, the EP includes the songs “Stay in My Corner” b/w “Tomato Can.”