Today, The Amazing Snakeheads to reveal the video for their latest single, “Nighttime.” The third single from the band’s upcoming full-length for Domino Records Amphetamine Ballads (July 22nd), the video is a gritty view inside The Amazing Snakeheads’ world and was filmed in Glasgow by Gregor Johnstone, who had the following to say:

“I met with Dale and was immediately struck by his honest passion for what he and the Snakeheads were doing. I remembered that he wore these great rings and it was the image of his ring-covered hand falling out from under a mortuary sheet that kicked off the idea. I wanted the video to capture the intense, direct energy that Dale projects. Visually I planned the video to have the look of a hallucinatory film noir. I felt the video’s darker themes should be undercut by humor, which I find in the band’s lyrics and certainly in the band themselves.”

Hailing from Glasgow, the Amazing Snakeheads — Dale Barclay, William Coombe & Jordan Hutchison — look like they sound: all pomade, shades, denim, leather and signet rings. Their debut record, Amphetamine Ballads is the soundtrack to the dark corners of nightclubs and those dimly lit alleyways off the main drag. The smell of smoke and liquor pervades everything. Recorded at night time at The Green Door Studio in Glasgow, this is a subterranean record – an album that can show you round the parts of a city that come alive after dark. “We had complete creative freedom when we recorded so we’d start late and work through the night. That affected the whole outcome of the record.”

The Amazing Snakeheads never really formed as such — their conception seemingly more preordained than planned. Dale and William had been friends since childhood; Jordan was Dale’s neighbor who became a close friend. While they each played music, they never really harboured ambitions to play in bands – the prospect of aiming high and missing was almost enough to put the trio off even trying. Dale explains.

“To me, music is a hallowed ground. If you’re going to do it, you had better get it right. I could only ever make music with people I have a bond with. I’m not a jammer. I can’t just turn up and start jamming. The three of us would go to gigs together, listen to records. . . our whole lives revolved around music. We’d always say, ‘man it would be fucking great to do this.’ We talked about it, then one week decided to go to a practise room. Any other week and we might have had other ideas and just not bothered. . . ”

When the band finally got together and started playing shows, their shows quickly gained an infamous reputation. On stage, Dale appears possessed by music, rock’n’roll channeled through every sinew in his body. “I genuinely don’t know where the music comes from,” says Dale. “How I play music – live or in the studio – it is what it is and I struggle to know where it comes from. There’s been a lot of things written about the band, people say we’re angry and things like that – but to me it’s just us. There’s a hell of a lot of joy in the music.” 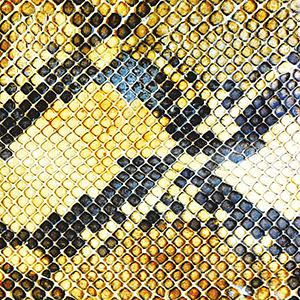