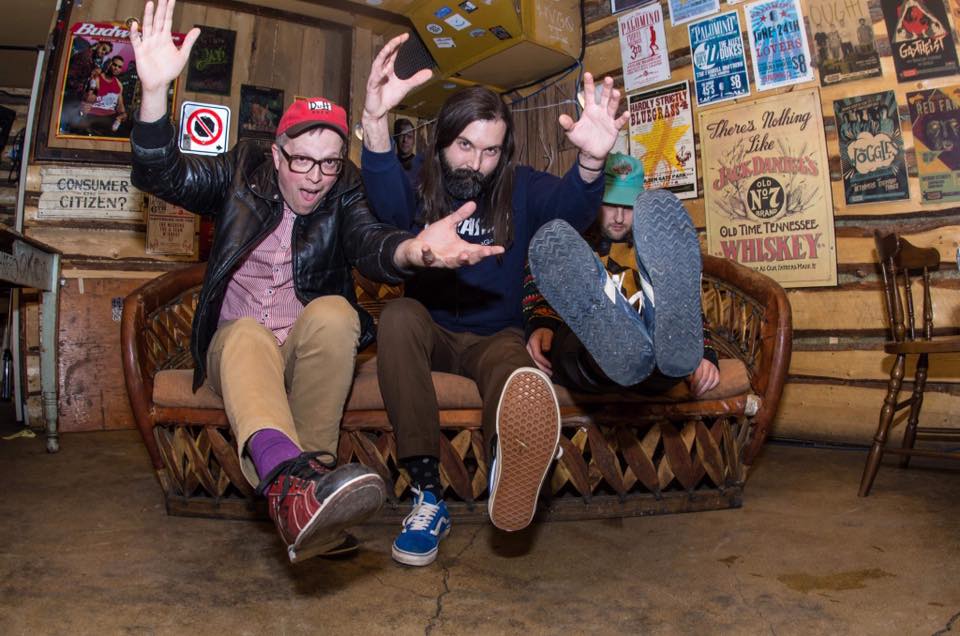 The Allovers debut new single "Tub Time" the track is off their forthcoming release 'Yer Guises.' out May 18th via Anxious & Angry.
Share on TwitterShare on PinterestShare on PocketShare on RedditShare on FacebookShare on Email

The Allovers have released their new single “Tub Time,” the track is off their forthcoming release Yer Guises, out May 18th via Anxious & Angry.

The Allovers have come a long way since their days of clowning around, blasting Motörhead covers at Halloween parties and doubling each other around town on their bicycles. The trio means business with their debut album, a refreshing 15-song cocktail of punk and garage-meets-50’s-dance-meets-noise pop that at times can sound like the engines of a 747 at takeoff. What began as a project to add sing-along jams to guitarist Matt Pahl’s films morphed into a crunchy pop-punk collaboration with the addition of bassist and fellow songwriter Paul Arnusch (The Wet Secrets, Faunts, The Whitsundays) and drummer Garrett Kruger (Fire Next Time). The Allovers are kinda dum, kinda smart, but all heart and soul.

Formed in 2011, the Edmonton/Calgary hybrid has a way of combining genres that’s unique to them, all the while writing songs that either make you think twice or not think at all. With titles like “Dog Team Cooperation,” “Hitchcock Twist,” and “Rinkydink” (a song written from the perspective of a breaking down lawnmower as a comment on the cheapening of the modern world), Allovers have levels that belie their lighthearted exterior. With punk structures reminiscent of The Ramones, melodies and harmonies cut from the same jib as Burt Bacharach or The Everly Brothers and sonic textures entering similar territory as Thurston Moore.