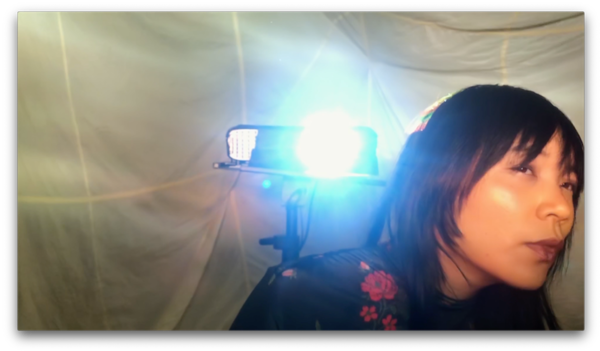 Thao & The Get Down Stay Down, has released a new video for “Pure Cinema.” the track is off their forthcoming release Temple, available May 15, via Ribbon Music. The video was Directed by Justin Mitchell (Death Cab For Cutie, Phoebe Bridgers, Jenny Lewis), the video finds frontwoman Thao Nguyen and her bandmates performing in their homes during California’s Stay At Home order.

Of the new video, Thao notes, “‘Pure Cinema’ is such full band song, and it has so much to do with our years of touring as a roving family constellation, that I really wanted this video to highlight and celebrate The Get Down Stay Down. However much of a fraction I have been out there over the years, our band and crew kept me as safe and sane as was possible. They have been my stabilizing force for so long. As it goes with family I don’t know if I’ve ever truly thanked them or told them. It was so sweet and also quite bittersweet to see everyone at home, projected into our home. I don’t know when we can play shows together again, I don’t know what touring will look like. I miss the band.”

Thao goes on to explain about the track, “‘Pure Cinema’ is about taking stock of how adrift I’ve been, in every sense of the word. It’s very easy to feel lost and alone even as you are surrounded by people. I’ve had a very compromised relationship to touring over the years. if you’re not right with yourself it is only going to be exaggerated as you cast yourself out into the world. I’ve floated above my life for a long time; I’ve landed now. It makes me so happy to see my bandmates settled and happy in their own homes and lives, as I am in mine. ‘Pure Cinema’ is a cautionary tale and also an encouragement to keep faith and keep building home and family.”

The band will also be celebrating Temple with a Zoom listening party on May 14, the eve of the album’s release, at 7 p.m. ET. Hosted by Thao alongside Hrishikesh Hirway of the Song Exploder podcast and bandmate/co-producer Adam Thompson, the event will be followed by a discussion/Q&A and is open to those who have pre-ordered Temple from any independent retailer. For additional information, and where to send proof of purchase, visit https://ribbonmusic.com/thao-listening-party/.

Thao & The Get Down Stay Down
Temple
Track List
Ribbon Music