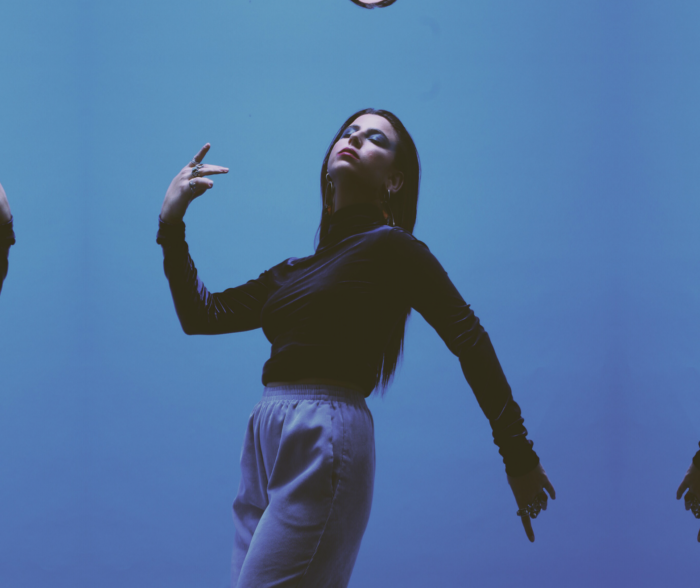 songwriter and producer, Neta Elias, AKA:Tesha creates experimental electro-pop focused on the wonders and unknowns of life. Born in Israel and raised playing her mother’s living room piano, she drew inspiration from the likes of Laurie Anderson, Kate Bush and the classical era.

After the loss of both parents during adolescence, her purpose was ignited and soon dedicated her life to music. A year later, she moved to Los Angeles, piecing together hours of self-taught vocals and experimentation with synth production. Embracing the unknown, she transcribed the visuals delivered from her dreams. An intrinsically beautiful place where form, rawness, vulnerability and unconditional love runs free. While in this place, she learned to overcome many of life’s obstacles. Walking forward, and coming back with treasures from dark recesses, sculpting the framework of her self-released debut EP, Dreams Vol.1.

Dreams Vol. 1 was produced by TESHA and Noam Helfer. The album was mixed by Roi Avital (Garden City Movement) and Noam Helfer. The album’s unique shadowy and floating sound is orchestrated by the use of multiple foreign objects, all carefully layered atop flowy instrumentals. TESHA’s voice draws the listener into her dream world, made up of light and shadows, spiritual visions, and the unknown.