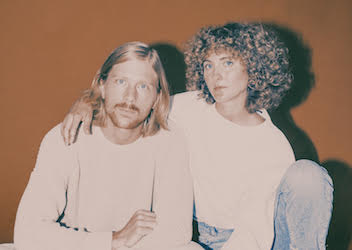 Tennis is set for the March 10 release of their fourth full length album, Yours Conditionally, on Mutually Detrimental via Thirty Tigers. The record was composed both on land and at sea during a five-month sailing trip through the Sea of Cortez. Upon returning, Tennis’ husband-and-wife team of Patrick Riley and Alaina Moore self-produced the record in a small cabin in Fraser, CO. It was mixed by Spoon’s Jim Eno at Public HiFi. In celebration of the forthcoming album, the video for the track “In The Morning I’ll Be Better” This summer the group premiered their first new music from the record, “Ladies Don’t Play Guitar,” In celebration of the new album’s release, Tennis will tour North America next spring. See below for a list of dates.