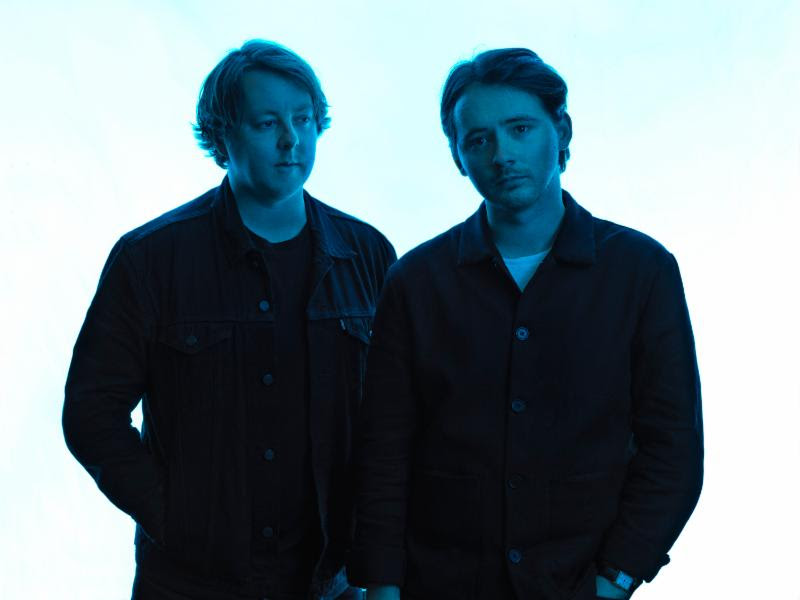 After the announcement of their forthcoming release Modern Addiction and first North American tour, London duo TENDER have shared their video for album track “Machine”.

Of the video, TENDER’s Dan Cobb, who directed the effort offers: “we wanted to put together a more abstract video for this song made up of video clips and visuals rather than an orthodox music video. I’d been watching some great documentaries by Adam Curtis a few weeks before and I’d cite ‘Hypernormalism’ as an influence on this. We felt that the lyrics covered quite a lot of different themes, but in the end, all eluded to the same feeling of people not having control of their habits and the way they live their lives, ultimately. The song is about consumerism, entertainment, advances in technology and blind addictions. It’s a look into a dark world that feels like a simulation, where our real job now as humans, is shopping.”

After the collapse of a long-term romantic relationship, vocalist and multi-instrumentalist James Cullen, found solace in TENDER and created his most personal work. ‘Nadir’ focuses on the damage done to one’s psyche when staying in a relationship way past its healthy conclusion. Directed by Jack A. Bowden, the video for ‘Nadir’ shows the highs and lows of romantic entanglement through dance. Neale spoke more on the inspiration behind the video saying; “Tender wanted to take the direction of a fragmented and collapsing relationship with this one. I decided to touch on the different dynamics which a relationship can hold. Beyond “happiness” and “sadness”, there are times when two people are just on different paths. No matter the effort they put in, something else is putting them off-kilter and out-of-synch. Call it bad timing, differences, whatever. People also become desensitized to one another, almost reaching slumber, unaware and oblivious to the other’s feelings. The energy of ‘Nadir’ screams dance to me, so I thought it would be interesting to express these dynamics through contemporary dance.”

‘Modern Addiction,’ listens like catharsis. From orgasm, to break-up, to silence, the record breaths closure to a relationship that has intensified, shattered, and healed. It is young, cold, urban, lonely, and an intrinsically modern look at the irrepressible desire to maintain a love, be it destined or doomed. James Cullen and Dan Cobb’s debut full length, due out September 1st, 2017 out through Partisan Records, explores the phenomenon of comfort and compulsion that is addiction, via a pop record about a relationship. Cullen frames familiar feelings for us to relate to and digest, but simultaneously undermines their presence, leaving the listener holding the same hollow heart that he carried through his addiction. Cobb’s soaring synths and progressive percussion are waxed and shined by the album’s sleek club mix, and the juxtaposition with Cullen’s lyrics is heart-breaking.

Modern Addiction is about duality, the unreliable polarity of human magnetics. The opening track, ‘Illuminate,’ describes a struggle for independence in the face of scale-tipping dominance. ’Vow’ finds beauty in the unique balance of a moment. ‘Nadir,’ the album’s most precise emotional indictment, lurches from underneath, “I hate it when you touch me, but I’ve kept it under wraps / Get bored of trying foreplay and I think we’re getting fat.” Swimming in between polished sub tones and global rhythms are relatable fallacies of love. These tracks have refreshingly inclusive sensual detail, and are liquid enough in their diction to be tangible to those who navigate the many flavors of romance in the year 2017. These are ultimately pop songs, meant to illuminate the ubiquitous but hidden. “We want it to make people connect with each other. We want to evoke emotion. We want people to dance,” says Cobb.