Telekinesis to be reissued on vinyl 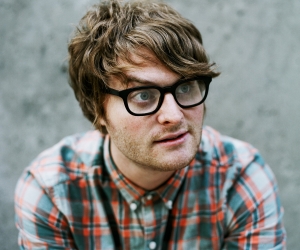 On August 20, Merge will reissue the 2009 debut album from Telekinesis on LP. The reissue of the album, enthusiastically titled Telekinesis!, marks the first release of the record on vinyl in the US. In addition to the 11 original album tracks, the LP pressing also includes the five tracks from the out-of-print Coast of Carolina EP.

Influenced both by the carefully constructed timeless pop of the ’60s and ’70s and by the nonchalance and brevity of classic indie rock, Telekinesis! introduced the world to Michael Benjamin Lerner. The album was recorded at Two Sticks Audio in Seattle with producer Chris Walla (Death Cab for Cutie, The Decemberists, The Thermals). Michael wrote and sang all of the songs and played nearly all of the instruments on the record.