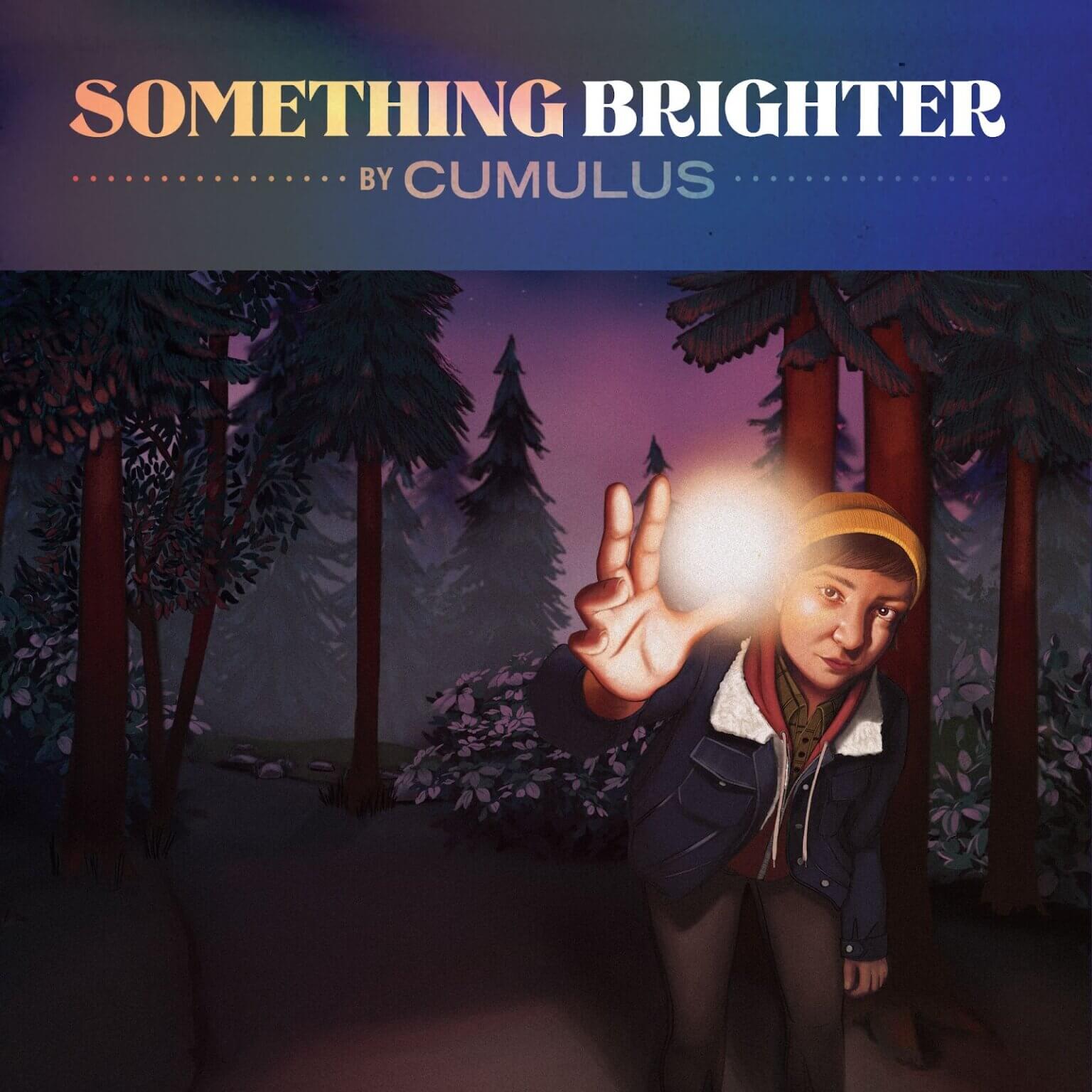 “Teenage Plans” is the brand new single from Cumulus, The creative outlet for musician Alexandra Lockhart. The track is off the Seattle artist’s forthcoming and third album Something Brighter available October 21 via Share It Music. Cumulus will celebrate the album’s release that same day with a show at The Fremont Abbey in her hometown. The new track follows the previously released singles “Better Kind of Love (Silver Lining),” and “Sunbeam”.

“I was literally unpacking boxes in my first apartment with my now husband, thinking about all of the life events that led us to this moment,” shares Lockhart. “I thought about my teenage years going to shows at the Department of Safety in Anacortes, the years I spent touring the country, the family that my brother was building, just the passing of time and how crazy it is. This song is summed up by the ridiculous truth that hard times feel like they stretch on forever, but when things start getting good- it can unfairly, already feel over. You have to really intentionally savor the beauty in front of you and try your best to live in those moments. It’s also just about gratitude for having such vibrant memories of diy music venues, teenage rebellion, a beautiful family, and people to love.”

Something Brighter sees Alexandra a world away from the creative burnout she felt at the end of 2019. At the time, she had just wrapped up what would be the final leg of touring in support of the sophomore album Comfort World, and found herself questioning what might come next. Rather than pursuing stage lights at the expense of a personal life, Alexandra was craving stability and balance. Not an uncommon desire for seasoned musical artists at the end of an album campaign. Falling in love, and moving from Seattle back to her college town of Bellingham, WA made even the most basic life details nostalgic. All of a sudden she was separated from her bandmates, building an emotionally mature partnership with her soon to be husband, and was surrounded by the scenery that inspired her to become a songwriter over 10 years ago. There was something ripe for reflection in moving back to the town where her creative life began, in an effort to build something completely new.

Fast forward a few months to 2020, and all of a sudden the world was paused in a surreal way. The language that William and Alex had developed by writing and recording remotely, was now a necessity and a lifeline. With more time to dwell on her thoughts than ever- Alexandra dug into the archives of her voice memos and Garageband recordings. Enlisting Andrew Vait as a co-arranger, co-writer, and lead producer, the demos started going via email from band memebrs Alexandra, to Wiliam, to Andrew and coming back as fully realized songs- suddenly there was enough for a record.

Eventually, with a full album’s worth of songs and covid-tests largely available, studio time was possible. Andrew and Alexandra spent 3 days in the Hall of Justice, laying down vocals and tracking drums and guitars with bandmates Tom Fitzgibbon and Sebastien Deramat, Zooming in William as he and his wife were expecting their first baby.

Gratitude and the bittersweetness of learning from the past are in the undercurrent of every song on Something Brighter. What a beautiful thing to make mistakes and learn from them; to heal wounds, to love deeply, and to dance in your underwear. Despite being written and recorded during some of the scariest and darkest of times, these songs unequivocally reach for the light.

Pre-order Something Brighter by Cumulus HERE