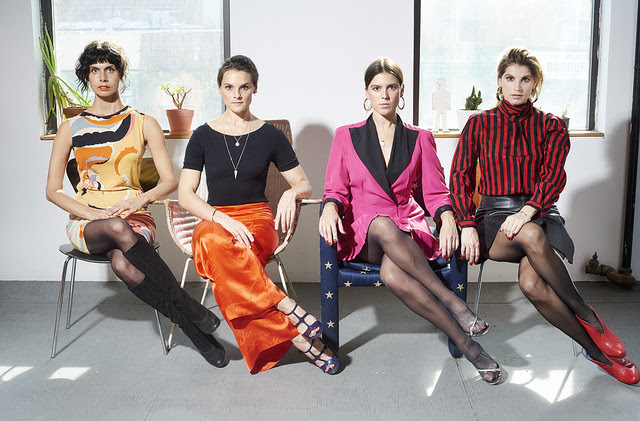 Today, TEEN shares the new single “Tokyo” off their forthcoming album Love Yes. Carpark Records will release TEEN’s new album Love Yes on February 19th. The band has announced U.S. tour dates around the release of the album including a special record release show February 14th at Union Pool in Brooklyn. Tour dates are as follows:

Love Yes explores the disharmony and empowerment that both sexuality and spirituality can create within the modern woman’s psyche. Universal ideas of loyalty, pleasure, purity, power, aging and love are confronted with a knowable specificity. There is a quality of wholesomeness, but also an edge—a kind of wise anger and electricity.

After extensive touring behind The Way and Color (2014), the band had to keep traveling to find Love Yes. The group first went to Woodstock in the dead of winter to write new material. Here, keyboardist and singer Lizzie Lieberson created the autobiographical “Please.” But the band, and especially Teeny, felt a crushing lack of creative energy. Recognizing the need to recharge, they took some time off. Teeny moved to a small lakeside cabin in Morehead, Kentucky. Surrounded by rolling hills, sparked with sudden thunderstorms and inspired by the musical joy of uninhibited late-night bluegrass jams and barn parties, Teeny immediately began writing again.

After three weeks in Morehead, Teeny returned to New York to workshop with rest of the band, including drummer Katherine Lieberson and bassist Boshra Al-Saadi. Acknowledging the benefits of being creative in a cocoon like the lakeside Kentucky country, the band decided to record at the Old Confidence Lodge in secluded Riverport, Nova Scotia. Leaving the noise and relentless energy of the city behind, TEEN retreated into the nurturing stillness of Nova Scotia, the Lieberson sisters’ childhood home. Situated on the La Have River, the studio was hidden in a perpetual mist while the band recorded day and night. Fueled by new material, a change of place and creative collaboration, the lull of the winter lifted and the band came together in a new way. Teaming up once again with producer Daniel Schlett, TEEN wanted to capture the energy of full band recording. Rather than multi-tracking, Schlett worked with the band as they played the songs relentlessly, waiting to achieve the right energy and take as a group.