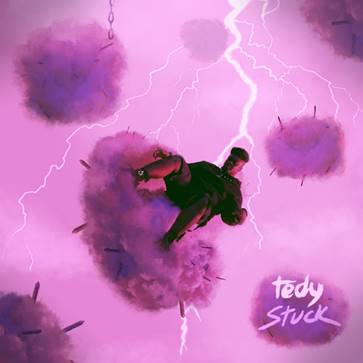 Montreal singer/songwriter Tedy, recently released his new song/video “Stuck.” the track co-produced by Mike Wise (Bulow, Ellie Goulding, Chainsmokers, Upshal). On the song Tedy says: ““Stuck” is about sadness, depression and self- destruction. It underscores that despite whatever traumatic situation we have experienced, we need to accept the good and the dark side of ourselves in order to move forward. Hopefully this time I’ll learn and it will be the last but I’ve heard these words before. The songs are pulled from my life, for me, writing songs is therapeutic.”

The video, for the track, was directed by Tristan C-M, it captures the message that Tedy is trying to convey about accepting the pain and moving forward rather then being held in a perpetual cycle of suffering and self-loathing.

Tedy, has a very interesting back-story, migrating from Haiti to several cities before landing in Montreal where he now lives. He always knew he wanted to connect with people and began by creating a YouTube channel and building a community of Drawing on the sounds and melodies he heard in his head, from the music he’d been listening to all his life, he cultivated his distinct musical style.