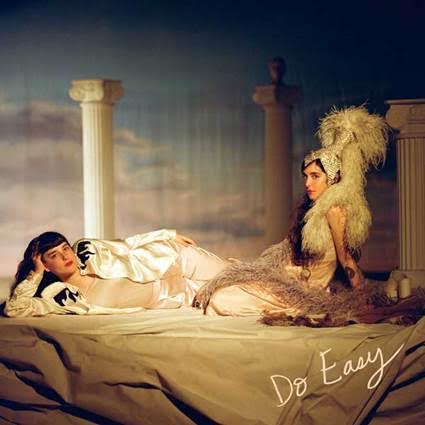 Tasseomancy’s forthcoming release Do Easy, is set for release next week. Today you can grab an advance listen. Twin sisters, Sari and Romy Lightman, aka Tasseomancy, will support the record with a string of North American tour dates beginning at M For Montreal on November 17.

Do Easy was written as a dead-beat anthem for a generation who was told that anything is possible after the possibility slows. Serene, strange and magnetically sung, it honors its free thinking forbearers without being weighed down by them, creating immersive worlds of loving allusion.

Soft synths and crystalline harmonies merge hypnotically on “Dead Can Dance and Neil Young”, an invitation to “fade into folk song”. If folk song is this, it’s folk of great idiosyncrasy, where vocoded chorales provide atmospheric shading and alto-saxophones drift like cigarette smoke from a David Lynch dream-film. Between the new age synth of “Claudine & Annie”, the ambient swoon of “29 Palms”, Kate Bush-like prog-psych of “Missoula” and gently lapping title-track, Do Easy plays like pop from a parallel world.