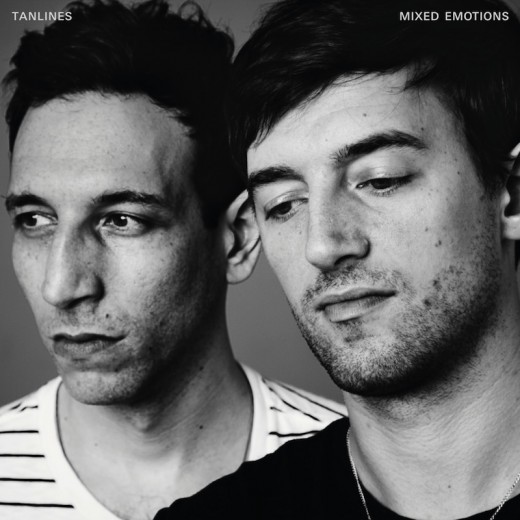 Does context matter that much when you’re listening to music? Good music is just good music, you should be able to appreciate it even in a strange context, right? The other night my friend and I were at the bar playing pinball when a Chromatics song that we hadn’t heard before came on which we both really dug. When we got home though to listen to it again, the song didn’t resonate as much as it did in that moment at the bar.The next week playing pinball in the same bar, the song came on, and we listened to try and identify what had happened. We realized that what we didn’t like about the song was the predominance of the vocals when it was the beat that we really liked. The bars sub woofer system and our location to the speakers drowned out the vocals giving it a different mix to our ears than the actual track. The lesson here that applies to the Tanlines and most new electropop coming out is that the beat usually should be front and centre and not the vocals.

For Tanlines debut “Mixed Emotions, everything starts great with the first track “Brothers”, a driving track that is worthy of the 80’s revisionist electro pop that it celebrates. The problem as the album wears on is that those driving beats that they establish make way for long winded vocal stanzas and uninteresting Caribbean beats.Those island beats kind of get the better of them at track 5 with “Yes Way” which sounds a lot of like a Vampire Weekend song, who I was never a fan of, so it doesn’t help the
unfortunate spiral the album is going down for me. It’s unfortunate because I actually appreciate what they’re trying to achieve with the mining some of the 80’s pop genre, especially since a lot of it has been forgotten to the bubble gum nostalgia that everyone tries to forget. At track 9 they finally reel me back in with the Cure like track “Rain Delay”, before finishing it off at Track 11 with a classic slow brooding track “Nonesuch” which has an 80’s patented slow reverb snare beat.

Mining the depths of 80’s electro pop is a risky endeavor for a band to base a career on, but this being Tanlines debut it’s very possible that if they continue to evolve their sound they could hit on something good. I mean it took till Toto’s 4th album till they got “Africa” right? The cover album homage of Tears for Fears “Songs in the Big Chair” is not lost on me either, although it’s just subtle enough to make me think that they didn’t do it on purpose. The context in which this album is presented is pretty integral to your enjoyment of it. In fact I wouldn’t mind sitting in any club if they were going to play this entire album, you just might have to hang out in the corner playing pinball so the
speakers are angled away from you to get a different mix. You’ll be in a golden 80’s retro moment without feeling super old.