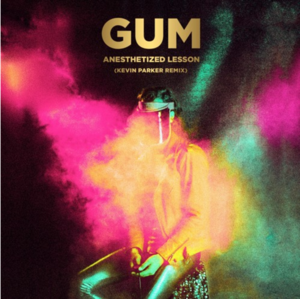 Of the remix, GUM says “While I was recording the album I was listening to a lot of dance music and while it was a big influence, my mixing of the album didn’t really reflect that. When Kev offered to do a remix of Anesthetized Lesson I jumped at the chance because I knew he could make it sound wild. He didn’t let me down!”

The original remix artwork was developed by fellow WA creative Matt Sav, with an additional animated element by visual artist Jason Galea, who directed the video for “Anesthetized Lesson.” An exercise in retro glammor, the clip channels the styles of David Bowie, Prince and T Rex, and GUM shows off his cowbell clickin’, keys slappin’ and regal reclining abilities.