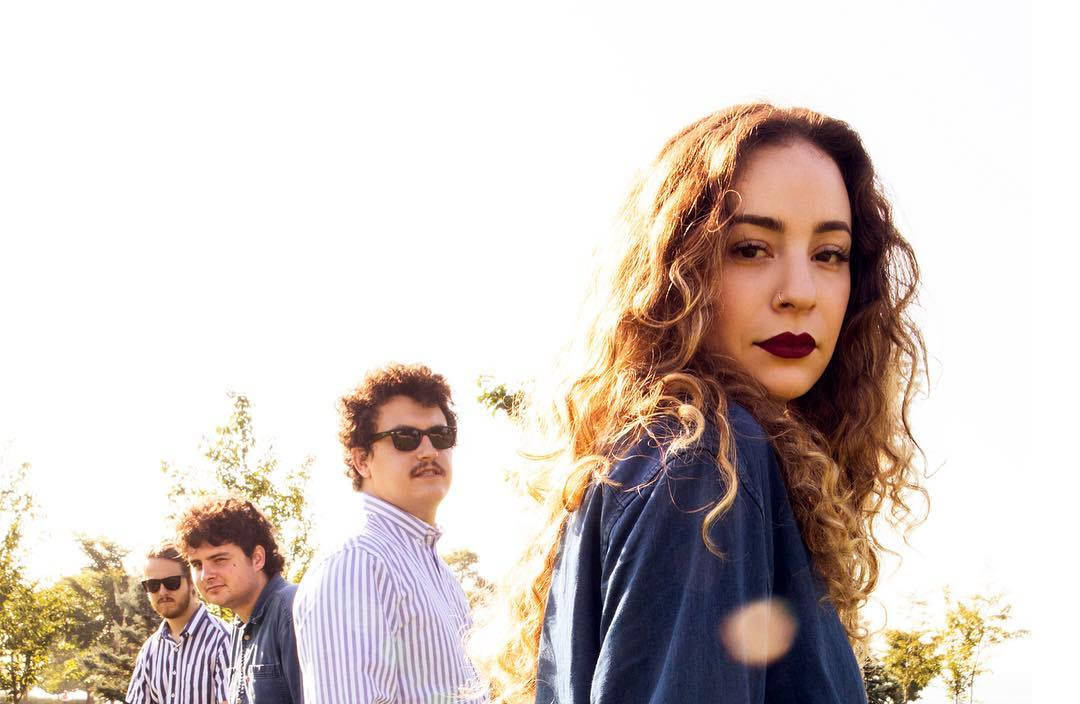 Tallies are streaming their self-titled debut. The band will hit the road is out world starting January 9th, in New York City, followed by the album release via Hand Drawn Dracula on January 11th. The band mixes sounds of shoegaze, dream pop, and surf rock into a fresh sound that’s all their own. Tallies is Sarah Cogan (vocals, rhythm guitar), Dylan Frankland (lead guitar), Cian O’Neill (drums), and Stephen Pitman (bass).

Cogan started music lessons at a young age, learning simple piano melodies and guitar chords that she could sing and write lyrics over. Frankland has also been immersed in music for most of his life, growing up with a music-obsessed father who introduced him to greats like The Smiths, The Sundays, Aztec Camera, and Cocteau Twins. He subconsciously carried these influences into Tallies, which is evident in the Johnny Marr stylings of his guitar riffs and the Robin Guthrie-tinged shoegaze textures of his production. “While writing this album, we were listening to The Sundays Reading, Writing and Arithmetic a lot,” says Frankland, adding, “Harriet Wheeler’s soft-spokenly sweet melodies has a major influence on where Sarah sometimes takes her writing to.”

The album was co-produced by Frankland and Josh Korody at Toronto’s Candle Recordings, a hot spot where locals like Metz, Dilly Dally, Austra, and Weaves have made indie classics. It’s also where Frankland works as an engineer/producer.