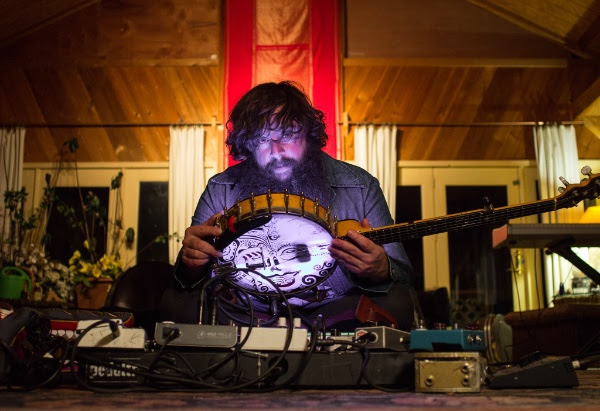 Tall Tall Trees is the project of banjo player Mike Savino: a songwriter and touring member of Kishi Bashi’s band. Having recorded two previous albums under the Tall Tall Trees moniker, 2017 will see the release of Freedays, his first true solo effort. The album is due out February 17th via Joyful Noise Recordings and is currently available for pre-order.

Savino is known for his unique and creative use of the banjo, often breaking it down into its most basic iteration and using it as a percussive instrument. Nearly every sound on Freedays was created through some sort of experiment with the banjo, along with the use of electronic elements and loops. For a preview of the album, you can listen to lead single “Backroads,” which transports listeners into a darkened forest, amidst a chorus of wailing coyotes.

Freedays was written and recorded over a period of eight months, as Savino took a much-needed respite from his home in NYC and relocated to northern Georgia to take on the role of caretaker at an abandoned health retreat. Surrounded on all sides by forest and free to work without interruption or time constraints, he crafted an album that documents an artist alone, at the crossroads of the life he has and the one he wants.

During his time in Georgia, Savino put together a behind-the-scenes video to give fans a peek into his creative process and some more insight into the making of Freedays. You can watch the video below.

Freedays Track Listing:
1. Backroads
2. A Place To Call Your Own
3. Being There
4. CLC
5. Lost In Time
6. SeagullxEagle
7. The Riverbend
8. So Predictable
9. Freedays