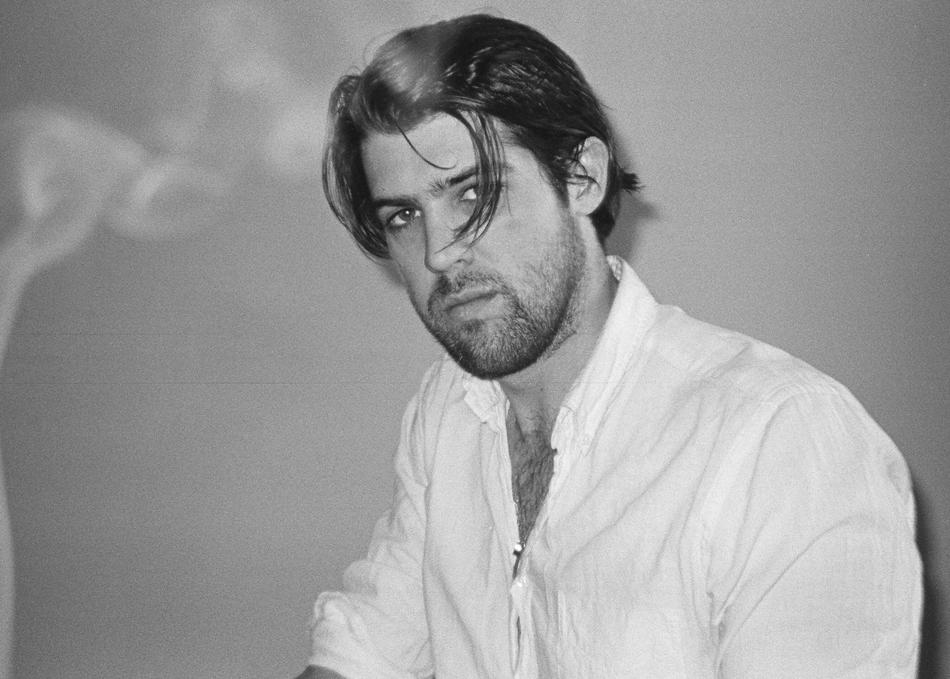 On Cameron Avery’s new album, Ripe Dreams, Pipe Dreams, audiences are introduced to a completely different artist then you might think you know. Avery’s new project is not a psyche-rock ballad or an ode to synthesizers, like previous projects he’s been a part of, it’s essentially a collection of love songs – which is a departure for him. The decision to depart from the norm and create an album consisting of crooning love songs made more sense as I spoke with the Australian multi-instrumentalist, who had just gotten off stage from his third show of the day and last of SXSW 2017. Avery was raised on old soul, R&B and blues, so we are actually seeing him more in his element than we ever had on his new album. Below you’ll find our transcribed conversation – we talked about his musical upbringing and inspiration, his music videos, and a little bit of sports.

I want the biggest, coldest Guinness that they serve in Austin. I’m so fucking thirsty. I did three gigs today.

You’ve worked on a lot of projects with psychedelic rock involved, what was the thing that brought you closer to psyche-rock?
It wasn’t anything earlier in life; it was later. I was like eighteen. I met Kevin and Jay and Nick and they sort of got me into that psyche stuff. I was into like purely soul and blues music for a lot of my adolescents.

What kind of stuff did you listen to?

Yeah, all that stuff. That’s probably my favourite stuff.

Peggy Lee is like my favorite singer of all time.

Yeah yeah, see that was like the speed of stuff I grew up listening to. As I got older I obviously wanted something a little bit meaner, so I got into like a lot of Son House and Skip James. Yeah, so like that blues stuff. And that progressed into…I got into the Black Keys first few albums, a lot of like blues based stuff. I played mostly bottleneck until I was like nineteen. Played like open tuning on the bottleneck.

We’re going right back to the beginning.

Yeah, this stuff is more like the stuff I listened to that I loved more than anything. My mom got me into this when I was young – a lot big band stuff, new wave cinema, and things like that. It’s [the new album] sort of a very self-indulgent album, it’s more what I want to make, and what I want to listen to.

While you were just on stage, you apologized for playing love songs…

It’s just the setting of South By and everyone here, everyone wants to get rowdy and I’m singing love songs. And it’s St. Patty’s.

So, for me, the first bit of psyche-rock that I really attached on to was Tame Impala. That’s kind of what I’ve grown up with you could say. I’m sure you used to listen to Pink Floyd and other psyche rock bands when you were growing up-

I used to listen to a lot more…It was more like obscure stuff that Joe Ryan got me into, weird prog stuff like Yes. I mean everyone listens to the classics…I like Can. That’s the stuff that I really got into, that repetitive…rebirth of Germany sort of stuff.

I don’t know because all of the genres are all mish-mashed anyways. Without sounding like an idiot, Kev is like the leading…Kev sort of brought into the new realm…he’s been very transcendental with his psyche stuff, adding elements of other music he likes. He likes a lot of straight up pop music, he puts a lot of that into his psyche stuff. It basically came from – he was into the Nazz and Todd Rundgren and stuff, he kind of dragged them into the more modern realm with his production and stuff.

You’ve lived in a lot of drastically different places – you’re from Australia, then you were in New York for a bit, and now you’re in LA. How do those places affect your creative process and how do they influence you differently?

New York is like – I like the immediacy of New York. I guess when I first started going there I threw caution to the wind a lot when I was in New York, it brings up thoughts…It can be dark. I get a kick of the underbelly of places and things, the underbelly of a person.
As far as LA goes, that place sort of lubricated the sonic landscape of the album. I was recording in old soundstages – like Hollywood soundstage you can record a 16 piece string arrangement, you can record it live over there and it sounds like it did in the movies. That definitely…I got a lot of stars in my eyes for making a record that sounded like that. I put strings on like two songs and then I was like well this is really sort of a ‘thing,’ it could be a tying theme for the rest of the songs I record.

Did you see La La Land?

No, I haven’t, I really wanted to check it out. Was it good?

I really liked it, I grew up with some musicals around me and it’s kind of like an homage to LA, kind of similar to what you were just talking about.

I’ll have to check it out.

One thing I like about all the things you’ve worked on is that you put a lot of effort in to your music videos, and I feel like nowadays there isn’t as big a place for music videos on TV or just in general. How involved are you with all of your music videos’ process?

Do you direct all of them?

I co-produce all of them. The director who makes all of my videos, particularly “Wasted on Fidelity” and “C’est Toi,” he’s one of my best friends. So me and him spitball a lot – I’m heavily involved in the discussion of what we should do and should be in the video and then Mike takes over more of like creating feel and light. His name is Mike Bennet. I am very, very involved with how I want it to feel and look, the seed of the idea generally comes from me and then Mike helps me flesh it out.

“C’est Toi” is a great music video and that really speaks towards the New York you were just talking about, the loneliness and the big-city feel…

I grew up playing Rugby so I’m a little familiar with it.

I played 12s. Did you play Rugby growing up?

My first game was baseball. Oddly I played baseball a lot when I was young.

Is baseball big in Australia?

Not really, but I loved it from day one. I was obsessed with baseball. I played from when I was 6 till I was about 15. The other game I played first was – my mom’s partner played Rugby League, it’s a bit more physical than Rugby Union. That was my first game. Then I got into AFL later in my teenage years because all my friends played footy instead of playing rugby. But I played Rugby League, I played like a 5-8 – it’s like a halfback.

How does it compare to American football, are you a fan?

I’ve been getting into it. I like the suspense that is created in American football, because it’s stop and start. There are only like one or two possibilities that can happen, and you know what they have to do, and then when you see it happen it’s like “Ahhh!” It’s like chess.

Really? Because, for me, the best thing about Rugby was getting away from the stop and start – it was more free flying.

Yeah, yeah, yeah, I definitely grew up liking more free flying games, but I do like the science and math that kind of goes into American football.

Did you watch the Superbowl?

Nah, no I didn’t. I was traveling too much.

You missed a crazy game. So you play a ton of instruments, what was the first instrument you gravitated towards?

I think the first instrument I played was probably guitar when I was 16. And then I started playing guitar in all my bands. Was always kicking around on drums and played drums in a lot of my recordings and underground stuff. Then Pond got me to play drums, I played them on Hobo Rocket. So then I really gravitated towards drums – I was a better drummer than I was at anything else for a long while. Now I started playing bass in Tame, now I’m kind of better at that now – so whatever I’m doing the most.

What’s the first instrument you pick up when you are trying to write a song?

It’s probably piano. I have a piano in my house and that’s where most my songs come from. The good thing about piano is the chords you can have – it’s rhythmic and melodic at the same time. If you have to play left-hand bass and then chords and if you’re singing as well, it’s…crazy.

Do you have five albums that really inspired you growing up or still to this day?

What have you been listening to lately?

My finger is as far away from the pulse as it can be, I’ve always just listened to what I like. Kevin and Jay and the other Tame Impala guys are good at keeping up with what is current, but I like fucking Leonard Cohen and old stuff.