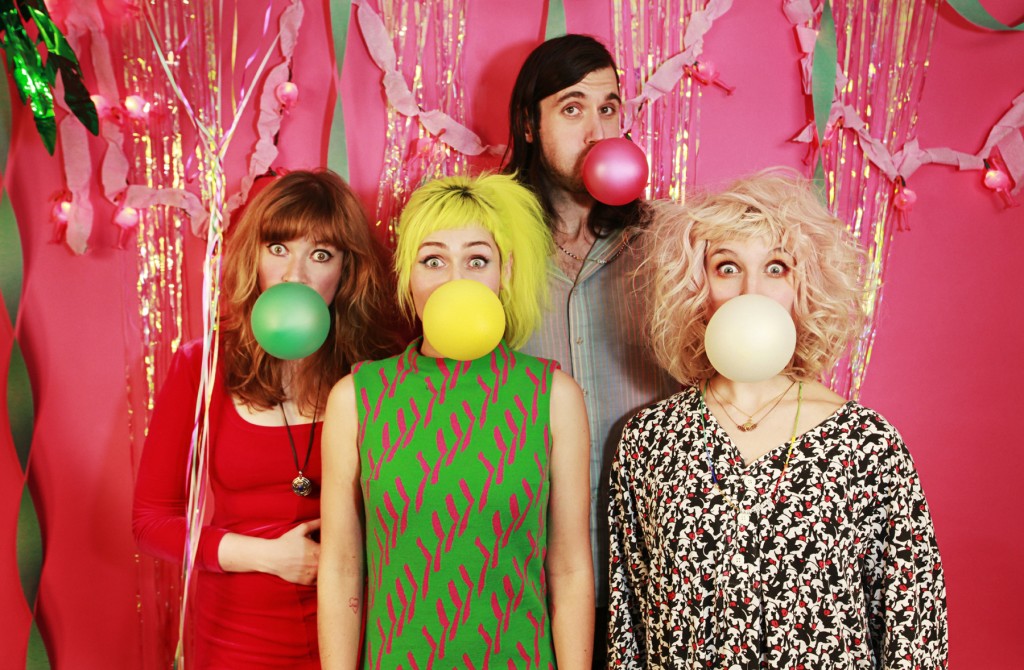 Seattle band Tacocat will be touring the West Coast and Southwest this December with Portland musician Sallie Ford, including an all-ages headlining set at Neumos in their hometown. Tacocat also recently recorded an exclusive session for Rhapsody at Hyde Street Studios in San Francisco, including an infectious cover of The Ramones’ “I Can’t Make It On Time,” which you can watch a video for below. See below for a full list of tour dates.

The four-person band came together organically: Lelah Maupin (drums) and Eric Randall (guitar) met in their native Longview, WA—two hours south of Seattle. Lelah’s family room was wallpapered with framed Magic Eye posters, hence “Stereogram,” the cross-eyed love letter to that bizarre ‘90s optical fad. She met lanky Eric while both worked at Safeway, wearing the chain’s distinctive navy aprons before breaking north to Seattle.
Eric’s band The Trashies practiced and played in the basement of the 24/7 House in the Central District, where Long Beach, CA native Bree McKenna (bass) was living. Lelah met Butte, MT native Emily Nokes (voice, tambourine) in a graphic design class. Emily and Bree hit it off one night at the local tavern, Comet. Sometime around 2007, via countless raucous house party shows, Tacocat had begun to build their reputation.