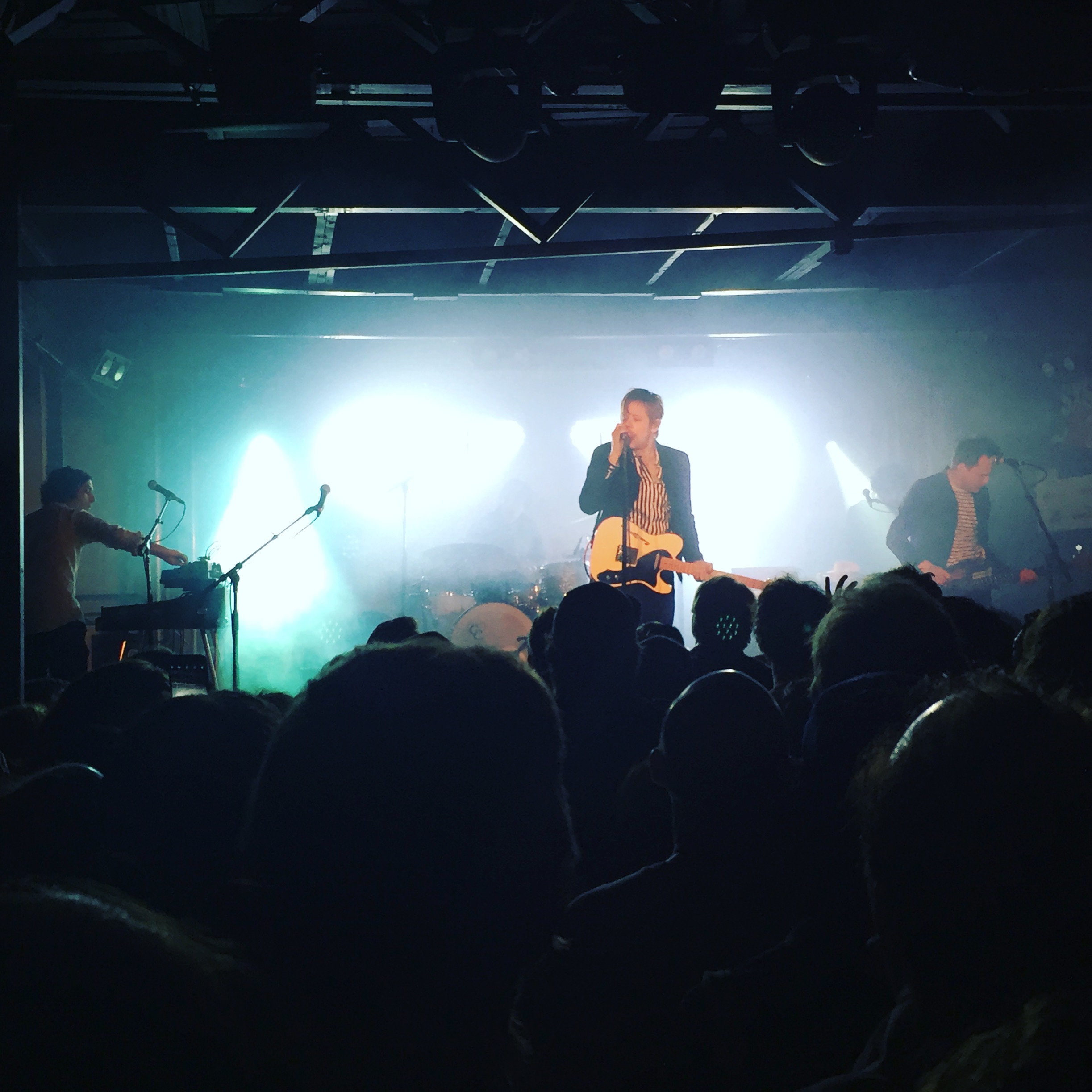 The sun was beating down on the backs of all SXSW festival goers and performers as the day started to move along. The first performance we saw was Lizzo at the Historic Scoot Inn at 2:30 in the afternoon.

Lizzo – real name Melissa Jefferson – gave a strong performance, belting out one of her hit single, “Let em Say” early on in the set, capturing the attention of the crowd. The acoustics in the venue served her quiet well, as Lizzo’s voice sounded clear and strong. The set ended with Lizzo playing her most popular song, “Good as Hell,” and the audience gave her a nice send off of applause.
The next band to come on at the Historic Scoot Inn was Thee Oh Sees. Lead by John Dwyer, the band instantly turned the crowd into a frenzy. Their brand of heavy guitar music sounded great, as the heavy bass and biting guitar blended nicely in the venue. They did multiple long jams in the sun, sometimes doing back-to-back ten-minute songs. Their setup was interesting as they had two drummers playing in sync. It’s hard to imagine this wasn’t the best show of the day for many attendees. Thee Oh Sees rocked the house.

After Thee Oh Sees we walked across town to the Mazda/Stereogum house to see Mothers, who opened with a soft, quiet interlude to begin the show, letting their delicate vocals ring. Although the crowd was dispersed at first, it quickly filled up as people got in close to listen to Mothers’ slow, dreamy lyrics. On the other side of the Mazda house, Iman Omari began his set. It’s unfortunate that the crowd was so small, because Omari played a lot of nice, soothing beats. The jazz, reggae, and hip-hop influence was apparent in Omari’s set, as his remixes seemed to include a blend of all three. An example of this was Omari’s remix of “It’s So Hard” by Big Pun, which had many audience members singing along. Omari’s talent as a rapper, producer, and singer were evident, reminiscent of DJ shadow. Omari finished his set with a Kendrick Lamar remix, and then a Solange remix. The show was under-attended, it’s a shame Omari wasn’t playing to a full room.

We headed back into the other room to catch a bit of the Hurray For the Riff Raff set, a band that’s garnered quite a bit of buzz as of late. The band’s lead singer, Alynda Seggara, worked the audience like the professional she is, playfully bouncing around and hitting her notes before picking up the guitar and shredding. The band had a nice harmonizing, which was soothing. They capped off the set with a long jam, delving in blues, hard rock, psychedelic rock and soul.

We walked to The Main to get there in time for Spoon, the biggest show in Austin that night. The first opening act, Bright Light Social Hour, played their brand of desert psych-rock, as the crowd began to gather. Their two dueling guitarists were clearly very talented. After a short symphonic set, A Giant Dog came on and the audience really picked up. Lead singer Sabrina Ellis demanded the audience’s attention as she came out wearing what can only be described as a suggestive little red riding hood outfit. They immediately kicked things off with some short bangers and the audience was bouncing. Their lead guitarist, and co-lead vocalist, Andrew Cashen, combined with Ellis made for a vocal-strong set all together, and their banter was witty and entertaining as well. A Giant Dog played a rousing Sparks cover of “Angst In My Pants” to end out their set, which involved climbing on the rafters and jumping off amps.

The next act at The Main was The New Pornographers, who offered a tamed set compared to the previous band. The band’s vocals were succinct and the large array of instruments they used all blended nicely together for a really strong, succinct sound. The crowd really began to thicken by this point as people jockeyed for a good spot to watch Spoon from.

The stage filled with smoke and the lights changed to a neon green, Spoon walked out and the audience began to scream. They opened with a long groovy, welcoming jam. Britt Daniel’s caring vocals sounded great. Daniel’s controlled his guitar as if it was a toy, throwing it around constantly, but never missing a note. Rob Pope and Alex Fischel’s keyboard backing was an amazing compliment to the rest of the band’s sound. Their setlist was eclectic, drawing from all of their past projects, as well as their new album, Hot Thoughts, out March 17th. Britt Daniel’s ability to offer sensitive, caring vocals was on display during a song called “I will Whisper to Hear it,” which is the second track off their new album. The show ended with a welcoming Austin crowd clinging to every last note cheering wildly for Spoon, and the band rocked the house one last time.