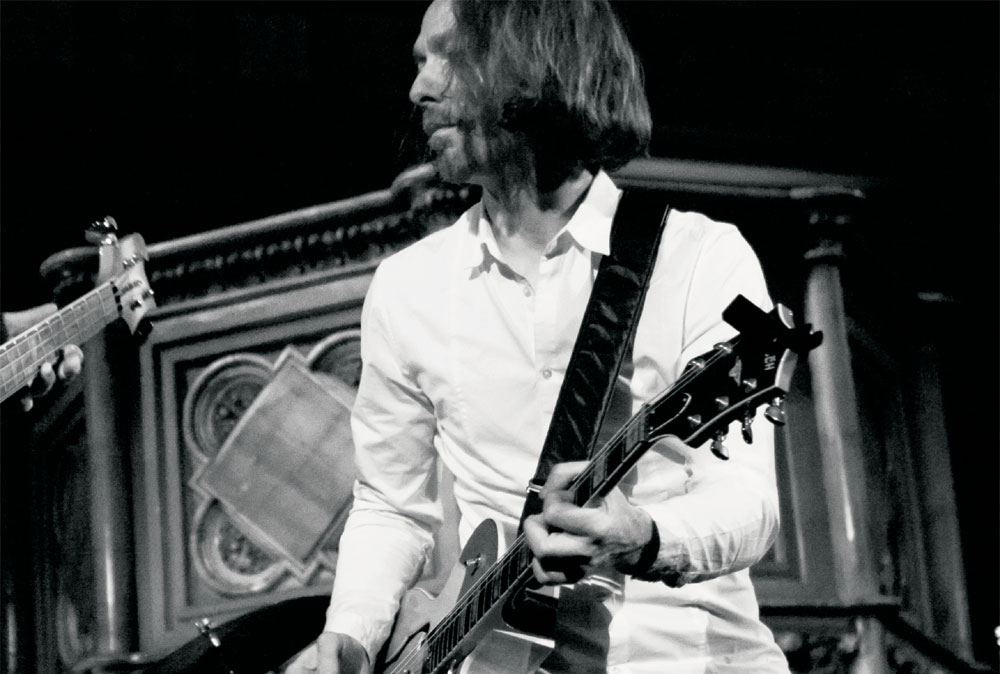 Sweet Gum Tree’s first album came to fruition with the help of many collaborators, including Isobel Campbell -Belle & Sebastian, Earl Harvin -Tindersticks and Marty Willson-Piper -The Church. This time, Arno Sojo has reshuffled his cards and chosen to record this new album almost entirely on his own, except for the help of Irish producer David Odlum (long-time partner-in-crime of Gemma Hayes and Glen Hansard). Sweet Gum Tree’s Sustain The Illusion out March 31st via The Orchard/Plastic Head.

Sojo’s earnest vocals confirm that he is amongst those who still believe that music and words can touch the soul, by way of sincerity, constant reinvention and fine craftsmanship. Minimal drum machines and echo-laden guitars throughout create a state of grace evoking the ethereal new-wave productions of British label 4AD as well as hymns from great pop architects like Talk Talk, Prefab Sprout or Divine Comedy. The album’s electronic rigidity contrasts perfectly with the elegant strings and soaring melodies, while Sojo’s gravelled vocals ensure it remains an outstandingly humane and sensitive collection of tracks”.

The album’s title nods to Wes Anderson’s ‘‘The Grand Budapest Hotel’’, which itself was based upon Stefan Zweig’s writings on the rise of Nazism in the mid-30’s. Drawing a parallel with the current fiery state of the world and Anderson’s tale of creating love despite all circumstances, Sojo reflects on the challenge of how one can fulfil the need to dream whilst in such a desperate context.