Swearin and Mike Krol live at the Fox Cabaret 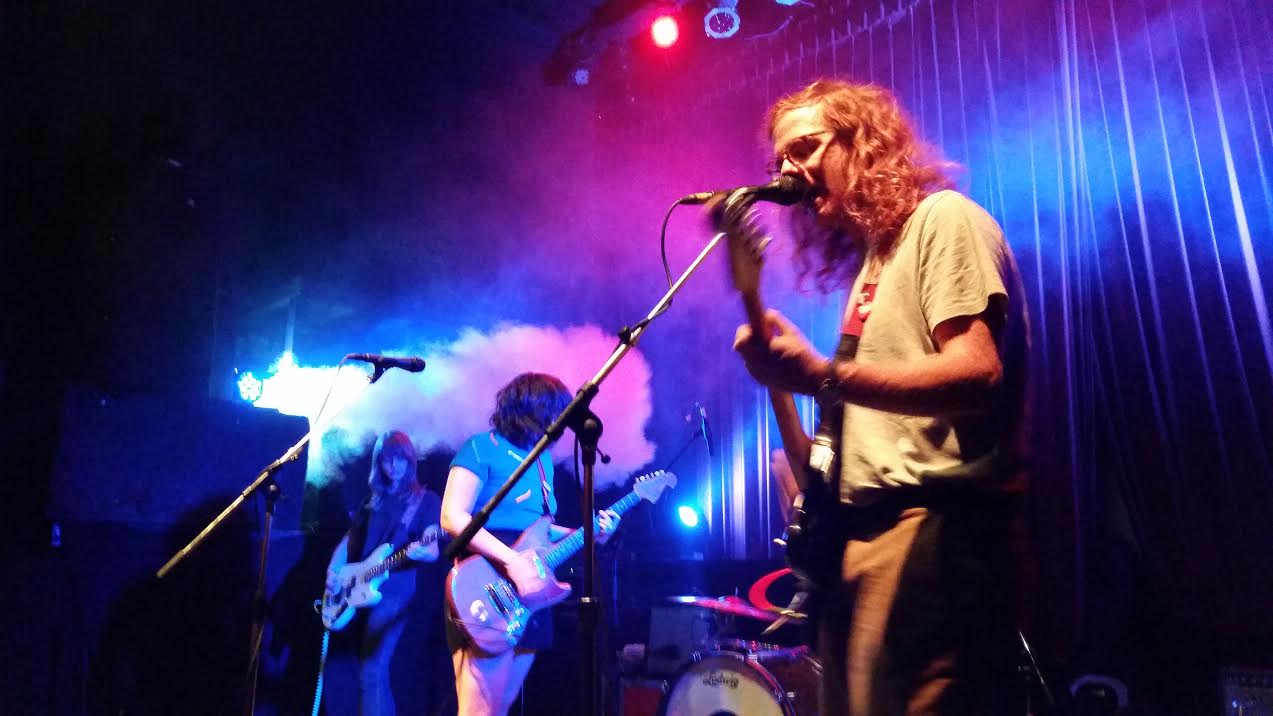 Like any band that has reunited, Swearin’ are not taking their new lease on life for granted. They enjoyed themselves at their Vancouver return at the Fox Cabaret last night (August 6). The Philly-rooted punks previewed songs from their third album, Fall into the Sun. It’s their first album since they broke up in 2015 and comes out October 5. Fall into the Sun also marks their debut on Merge Records.

First up last night were an emerging gem of a trio from Vancouver’s punk rock scene. Corner Boys were as snappy as the Urinals and, for a local but bygone reference, B-Lines. Sharp guitar solos stuck out like quills amongst catchy melodies. They slathered their bass lines in fuzz. As the singer yelped, he pumped out heart-stopping drum patterns.

Sometimes, to get a crowd to move up to the front, all a band has to do is ask. Mike Krol did that. Sometimes, though, to get a mosh pit going, you have to hope there’s even one enthusiastic fan to stir it up. Luckily for Krol, he had that. But that’s not to say Krol didn’t try, or his efforts might not haven’t gotten the energy where it ended up. His band’s mix of garage rock and power pop was infectious. Within seconds of his first song, he hopped down into the crowd, mic stand in hand. He dipped into and out of the crowd throughout his set, later plowing himself through the mosh pit. Plus, there was plenty of visual appeal. The band dressed like EMTs, save for their Vans and Adidas shoes. Krol even wore latex gloves the whole time. He also showed off by tossing his tambourine towards the two-floor venue’s ceiling and catching it, sometimes while down on one knee.

Swearin’ recently came off of their first live shows in three years. They opened a series of US dates for their venerated label mates, Superchunk. So Swearin’ were in good form. Unfortunately, though, the crowd thinned after Mike Krol, but not by much. And those who remained seemed sap of their energy. Unlike when Swearin’ played the Biltmore Cabaret in 2013, their fans didn’t mosh at the Fox.

Still, their fans approved of the new cuts from what the band calls “the adult Swearin’ album.” Swearin’ paced themselves through “Grow into a Ghost,” the first single from Fall into the Sun. “Dog Pile” opened with slow strumming before it exploded into a full riff and a discordant yet controlled guitar solo. “Margaret” might have best displayed the tempered nature of their new songs. Bassist Amanda Bartley stood out on many of the new songs including “Future Hell.” Its staccato riff left plenty of room for her deep, fuzzy notes.

And of course, Swearin’ played the fan-favourites: “Here to Hear,” “Dust in the Gold Sack,” “What a Dump,” “Kenosha,” “Watered Down,” “Movie Star,” “Young,” and “Echo Locate.” For the encore, Swearin’, well, crashed through “Crashing.” “We never do this. But we’re in a foreign country,” Allison Crutchfield, one of the band’s two singer and guitarists, prefaced.

As you grow, you learn that nothing lasts forever. No doubt, the members of Swearin’ have grown in the three years since they broke up. They know how it feels to lose their band. But now that they’re back together, they seem to be cherishing every new moment. It showed in their faces as they caught each other’s eyes and traded smiles in the middle of lighting up the stage
at the Fox Cabaret.