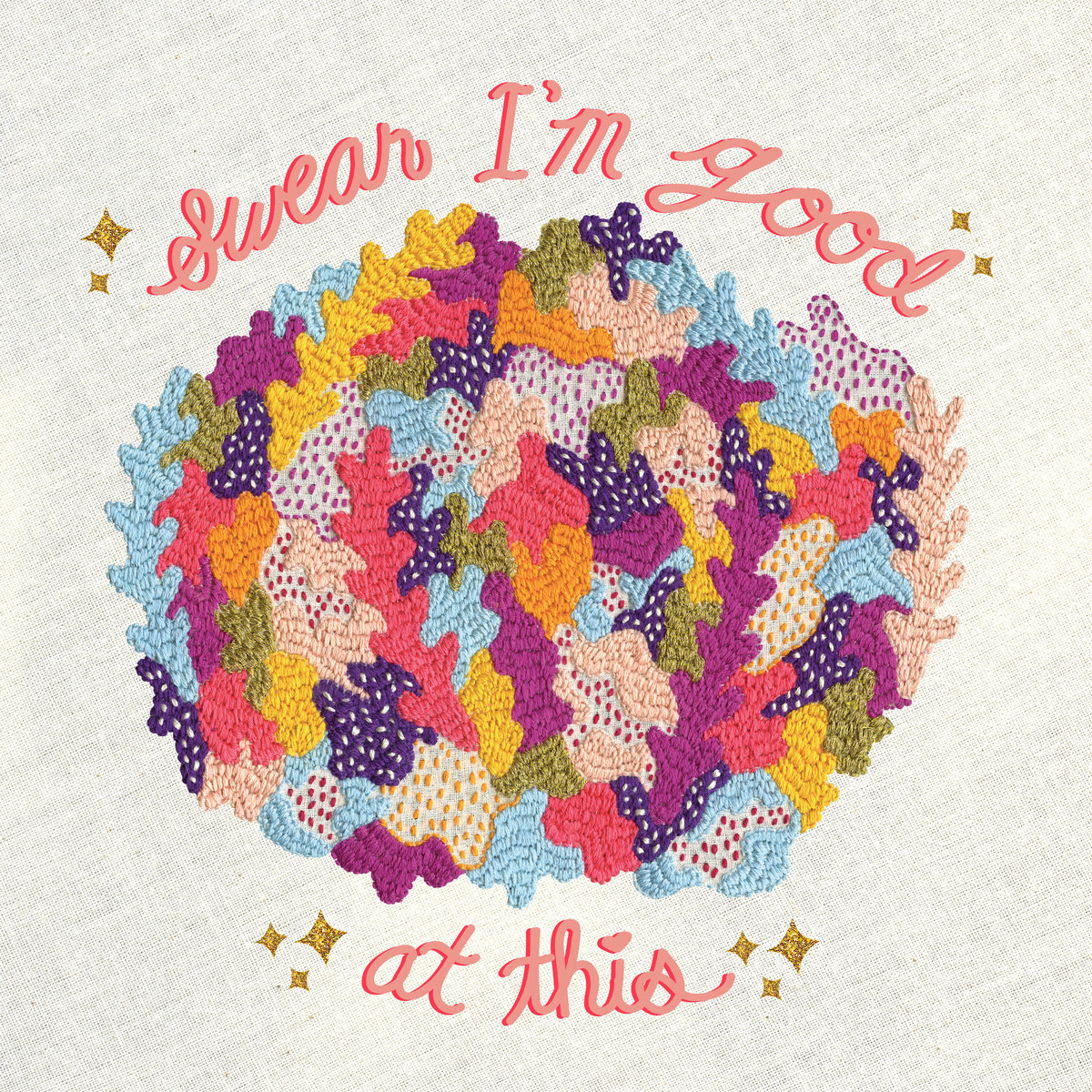 Swear I'm Good At This

After some smaller releases, the powerful and youthful energy of vocalist/guitarist Alex Luciano and drummer Noah Bowman hit their first full length like they’ve been putting out records their whole life, despite the fact that the two are in their early to mid-twenties. Looking at themes of love and misconceptions the band tackles some timely issues while mashing a punk sound into something distinctly pop-infused.

Raw as ever, the opening of “Sixteen” tells funny little story of dating someone with the same name and the strange sexual side-effects it can have. Shooting from a more sparse start to a shredding second half, there’s a sense of moving past it in the rough but light vocals from Luciano. “Bite Back” throws a party rock attitude on a more personal song about dealing with heartbreak and self-loathing. Simple and to the point, the heavy dynamic shifts in the song also make each stand out more.

Going for a more racing sound on “Link In Bio” Luciano laments having to be other people’s version of herself over simmering guitars and 90s alt riffs. “Maid of the Mist” is a deceptively poppy track, while thumping drums and some of most breaking distortion fill the track, there’s bouncing synth lines and layered harmonies, as well as finale so pop-infused you can’t help but get caught up in the excitement.

For some short but sweet rock, “Leo” starts sweet before it’s crashing cymbals and roaring guitar explodes through, with harmonic cries elevating the energy even further. A fun B-side, “Apricots” is just as short but more intimate in its acoustic feeling. The cute little story about buying food and loved ones is a delightful contrast to the intense emotions the rest of the album puts out.

The building motion of “Barf Day” is too much to stop as it barrels frantically forward. Luciano’s intimate admissions of youth, and guilty rituals break-up the explosive moments to great contrast, and the end result of the song’s constant build is an overwhelming flame to behold. “Bath Bomb” finds the most masterful example of the band’s dynamic prowess, with Luciano’s softer side speaks of relaxing before the stormy second half of the track. The satisfaction that rolls in with the guitars purr is undeniable, and as the drums pound and guitar feedback starts to cries of “Decay” it almost seems like the song will burst. But with one more moment, Luciano pulls listeners in close before kicking them over to a closing moment with bells ringing, distorted vocals and blaring guitars.

The punk attitude overtakes the pop momentarily on “Blob Zombie” through lyrics about trying to manage a hectic life, while not having the energy for it. The crowd chant vocals of “Best” are refreshingly addictive and the little piano hook that takes out the song shows the band really likes to sneak pop into as much of their aggression as possible. Luciano entices listeners for a drive on “Road Trip” describing a very inviting vacation through cleverly composed melodic moments, all under the band’s signature hiss.

The driving floor tom booms of “I Don’t Know are a welcome change after so much guitar-focused rock, with Luciano’s discordant harmonies providing a cool counter-rhythm to the pounding low-end of the drums. Furthering the drums while adding an overpowering amount of guitar and feedback, the pop is infused back in with clanking keys and crowd-vocals, making the music perfect for a live shows. The lyrics talk to society’s total inability to appreciate independence and the sarcastic contradictions of being a feminine punk.

A very strong debut, and solid record in its own right, Diet Cig arrive triumphantly on this release. Fusing pop into their rock, to make songs that are way more intricate, layered and thought out than they first appear, it’s a record that will beg for repeat listens. Only held back at times by some lackluster lyrics, the record is just so fun that it’s easy to ignore these few duller moments. Keeping things short and dense, the duo never feel too indulgent, but it will be interesting to see them take some risks and try something more abrasive next time around, especially with the clear pop-sensibility they bring to tie it all together.