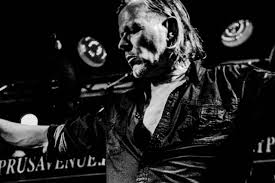 Young God Records is releasing a Deluxe 3 CD edition of SWANS debut album FILTH on May 26 in North America via Mute releases it in all other areas. Today, they share the track “I’ll Cry For You.”

DISC TWO: Body to Body material comprised of various studio out-takes and live recordings 1982-85, with a nine-minute version of “Raping a Slave,” recorded live in Berlin, 1984 (originally released with FILTH on YGD-11).