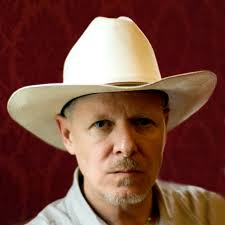 Swans have commenced the sixth leg of a year-long world-wide tour celebrating the release of their 2 CD set To Be Kind, the third studio album from this outfit since their reactivation by band primum mobile Michael Gira in 2010 after a 14 year hiatus. In addition, on November 4 they re-issued their 1983 debut album Filth on vinyl for the first time in decades. In addition to their November 25th digital release of “Oxygen” from To Be Kind, featuring four different versions: an edit of Oxygen by Mute founder Daniel Miller, a live version from Primavera, an early version recorded at Gira’s home and an acoustic version recorded at StudioMute. The touring line-up is: Michael Gira – guitar, voice (original Swans); Norman Westberg – guitar (original Swans); Christoph Hahn – guitar (mid period Swans and most Angels Of Light); Phil Puleo – drums, percussion, dulcimer etc etc (final Swans tour and most Angels); Chris Pravdica – bass and gadgets (Flux Information Sciences / Services/ Gunga Din); Thor Harris – drums, percussion, vibes, dulcimer, curios, keys, etc etc… (Angels / Shearwater).

To Be Kind was produced by Michael Gira, performed by the touring line-up, recorded by the venerable John Congleton at Sonic Ranch, outside El Paso Texas; further recordings and mixing were accomplished at Congleton’s studio in Dallas, Texas. Gira says of the new album, “A good portion of the material for this album was developed live during the Swans tours of 2012/13. Much of the music was otherwise conjured in the studio environment.”

Michael Gira founded NYC band Swans in 1982. Quickly infamous for their punishing, brutal and repetitive onslaughts of sound, extreme volume levels, and the self-abusing, abject shouts and growls of Gira’s sloganeering vocals, Swans gradually transformed over 15 years, ultimately venturing into harsh mechanical proto-industrial rock, to sprawling shifts of texture and perspective (see the bucolic atmospheric folk idles and martial stomps of their much heralded Children of God double LP from 1987), to gentle acoustic-based songs, and finally on to their ultimate statement, Soundtracks For The Blind (1997) which somehow incorporated all of these elements at once, across well over 2 hours of music in one album. At this point, Gira called it quits after 15 years of relentless touring and productivity, and disbanded Swans. He also produced and released music through his label Young God Records and was responsible for finding and nurturing such notable talents as Devendra Banhart, Lisa Germano, Akron/Family, and James Blackshaw. In 2010, he reactivated Swans, releasing My Father Will Guide Me Up A Rope To The Sky to ecstatic critical response and touring the world for the better part of a year. The Seer, a 2 CD set came out in 2012 and was celebrated by a year-long tour as well.