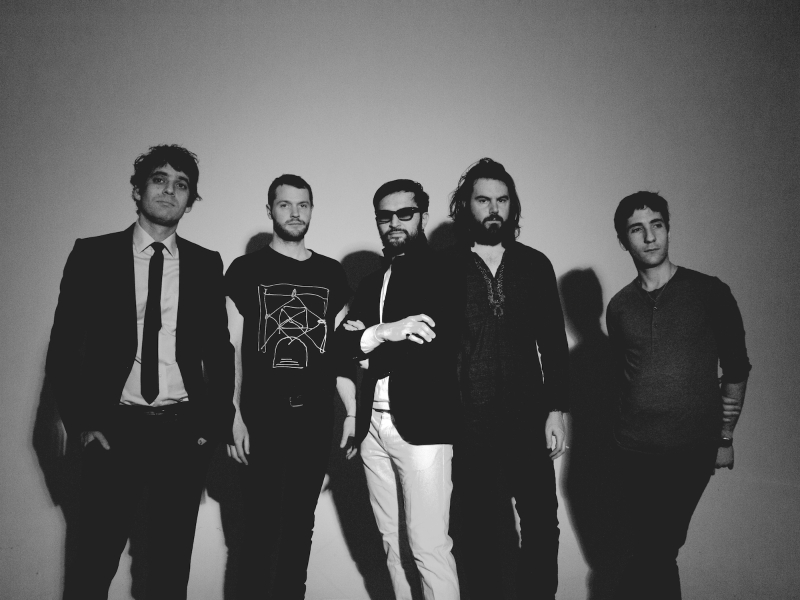 Beginning in November 2012, Suuns (Ben Shemie, Liam O’Neill, Max Henry and Joseph Yarmush) and long time friend, Radwan Ghazi Moumneh, aka Jerusalem In My Heart, rented a studio in Montreal for seven days. The idea was to collaborate on rough sketches of song ideas and to complete as much recording as possible without discrimination. The session yielded many vibe-laden songs featuring heavy analog synths, Arabic influences and electronic sensibilities. These eastern textures mix with krauty/motorik drumbeats and create as much of an atmosphere as they do a song. The session turned into a collection of tracks within Suuns and Jerusalem In My Heart. The album will see release on April 14th via Secretly Canadian.

Today, they are sharing the video for the first single off the record, “Gazelles In Flight.” The film is made from 16mm color film archives found in a Montreal garbage container. The original footage has been modified by various handmade film techniques. Suuns had this to say about the process:

“This is our second video shot on film, while Jerusalem in my Heart works exclusively with reel-to-reel analogue film projectors. Visual artist, Charles-André Coderre – and visual counterpart to JIMH – manipulated the film and put this video together for this first single. It made sense to keep the video in-house, just like the music, and maintain a link to our respective projects.”