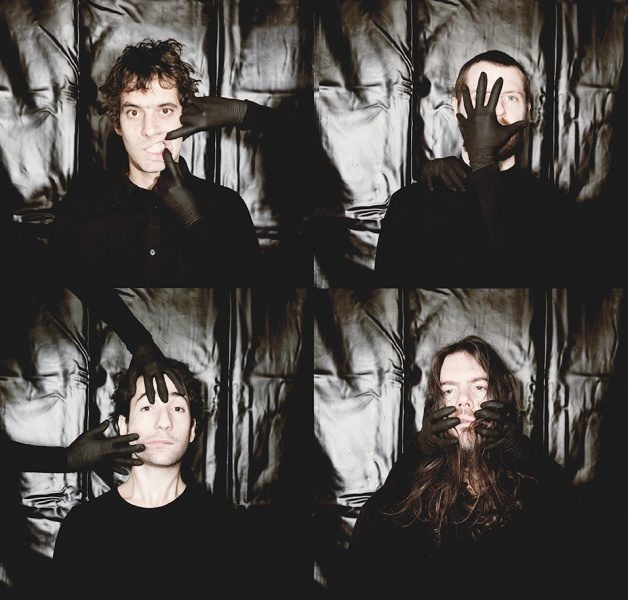 Montreal’s Suuns have announced their new album, Felt. The full-length comes out March 2nd via Secret City Records. Singer/guitarist Ben Shemie says, “This record is definitely looser than our last one” [2016’s Hold/Still]. You can hear this freedom flowing through the 11 tracks on Felt. Suuns recorded Felt primarily at David Smith’s Breakglass Studios and The Treatment Room in Montreal. A simultaneous stretching out and honing in, mixed to audiophile perfection by St Vincent producer John Congleton, also producer of Suuns’ Hold/Still, flew up especially from Dallas to deploy his skills.

Along with the announcement, the band has released a video “Watch You, Watch Me”. Directed by Ruff Mercy. “Often we think we know peoples faces well, especially casual acquaintances but when we stop and really stare at them they start to look different to us. I wanted the video to give you that slightly odd feeling and also the uncomfortable feeling of being watched. Mainly I wanted it to be a crazy, frenetic & unsettling like the track itself”.

About the album artwork, Ben Shemie tells us : “I was at a barbecue last summer and there were balloons everywhere,” recalls the singer. “I like this idea of pressure, resistance, and pushing against something just before it brakes. And there is something strangely subversive about a finger pushing into a balloon. It seemed to fit the vibe of the record we were making. We made plaster casts of our hands, going for a non-denominational statue vibe. Joe (Yarmush, guitarist in the band and photographer) came up with the colour scheme, the sickly green background, and shot the whole cover in an hour.”

It’s a suitably outré image for Felt, which breaks with Suuns’ earlier darkness for a more optimistic ambience. The record’s playful atmosphere is echoed by its double meaning title. “Some people might think of the material,” muses Ben. “I like that that could be misconstrued. Also it’s to have felt and not to feel – a little introspective, but that feeling’s in the past.”