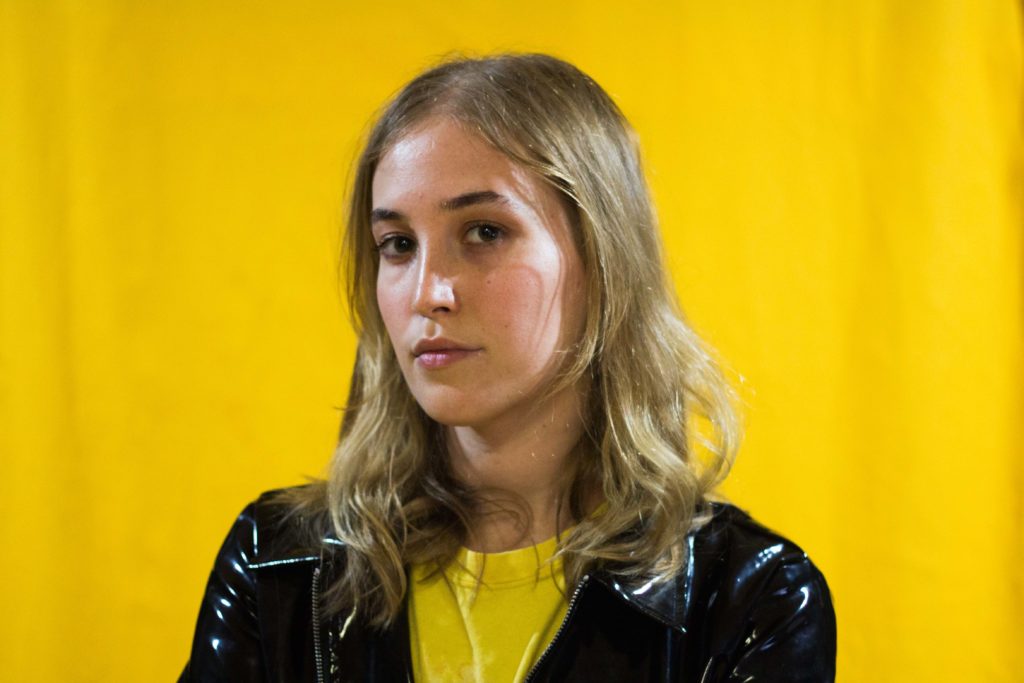 Hatchie AKA Harriette Pilbeam, would rather not focus on the external world of her daily life in Brisbane, instead she turns her gaze inwards, making a soundtrack out of her daydreams, setting her emotional life to song.

Hatchie on her song style:

“All of my songs start with singing,” Pilbeam says. “I hear the melody in my mind first and then work out the chords I’m imagining under that. I have a good ear for music, but I don’t know chord names or much music theory. I just kind of figure it out.”

Her songwriting style is on full display in “Sure”, but like all of Hatchie’s music, the track trades in shade as well as light. It’s at once accessible yet cerebral, walking a line between something deeper and more oblique. “I think that’s because I’m still making up my mind,” offers Harriette. “I’m kind of jumping between, ‘Do I want to just make fun pop songs? Or do I want it to be more shoegaze and more of a band sound?’ I really love writing pop songs, but then messing them up and turning them into something else. Something darker.”

Having played in her friends’ bands in Brisbane, namely Go Violets and Babaganouj, Hatchie is Pilbeam’s first foray into solo territory, something she seems undaunted by. “I feel like I’m only just beginning to really assert myself in the world and the Hatchie project has forced me to reassess and make so many positive changes,” she says. “When I look back on this period of time, I think I’ll see Hatchie as a huge evolutionary force in my life.”