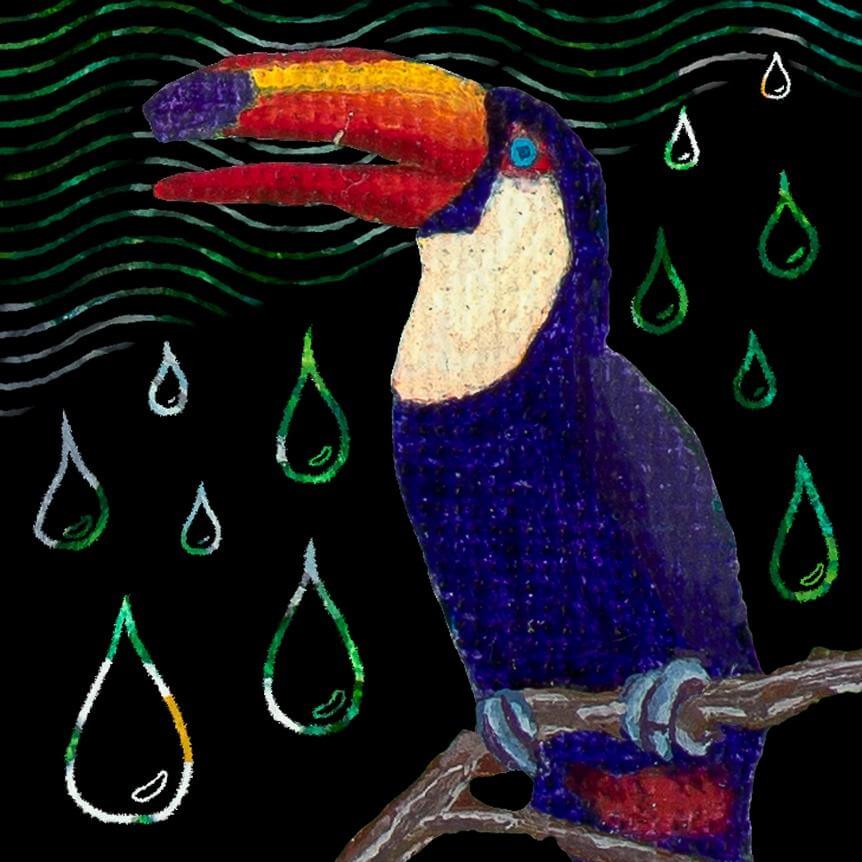 Superorganism will release their second album World Wide Pop, on July 15, 2022 via Domino Records. Today, they have shared the album track “It’s Raining,” which features Stephen Malkmus and UK rapper Dylan Cartlidge. Amidst the stomping beats, glitchy synth drips and their collage-like maximalism, another familiar voice can be heard courtesy of a Scott Walker sample.

The band say of the collaborations on “It’s Raining”: “We’ve been enormous fans of Stephen Malkmus forever, and we loved the idea of combining Malkmus and Scott Walker into a strange almost broken-sounding hip hop track. We’d done a remix for Dylan Cartlidge and absolutely loved his flow; we asked him if he’d like to try a verse and he fit so naturally. With Dylan being from the North of England and Stephen in Portland, the rain theme is all the more fitting for them too.” Directed by AEVA, the video features illustrations from Risa Kazama.