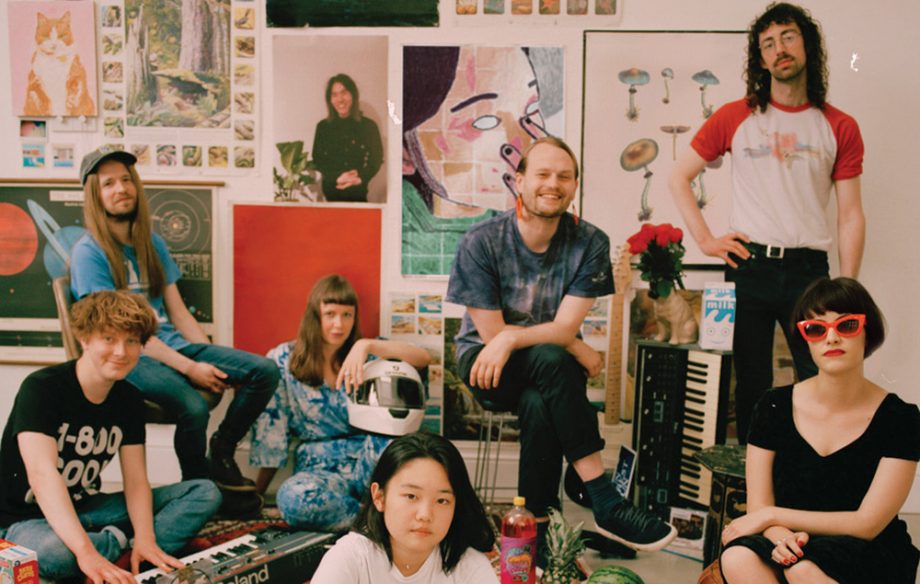 Following their debut live shows in Europe, Superorganism are set to tour North America and the E.U. next year. Dates kick off Tuesday, March 20 at San Francisco’s Rickshaw Stop, with further dates in Toronto, Montreal and beyond. Ahead of these dates, the band will make their North American live debut in New York December 12 at House of Yes, with their first-ever Los Angeles show December 14 at The Moroccan Lounge.

Superorganism is a collection of international musicians and pop culture junkies. They number eight in total – recruited from London, Japan, Australia and New Zealand – seven of whom now live together in a house/DIY studio/band HQ in East London. It was in this house that the collective was truly born. Though the housemates had previously created music and visuals together, in various iterations, a track written in January 2017 stood apart from anything that had come before. On a whim, needing a fresh take on the vocals, they sent the music to their friend Orono, a Japanese student whom they met in Asia, who was at that time attending high school in Maine, New England. Orono immediately wrote and recorded a vocal part and pressed “reply.” What came back across the Atlantic less than 24 hours later was an intoxicating piece of idiosyncratic, technicolor pop. That track was ‘Something For Your M.I.N.D.’ – a song that upon its very D.I.Y. release was enthusiastically greeted by music websites across the globe, before being quickly and unceremoniously pulled from the internet due to a sample clearance issue.