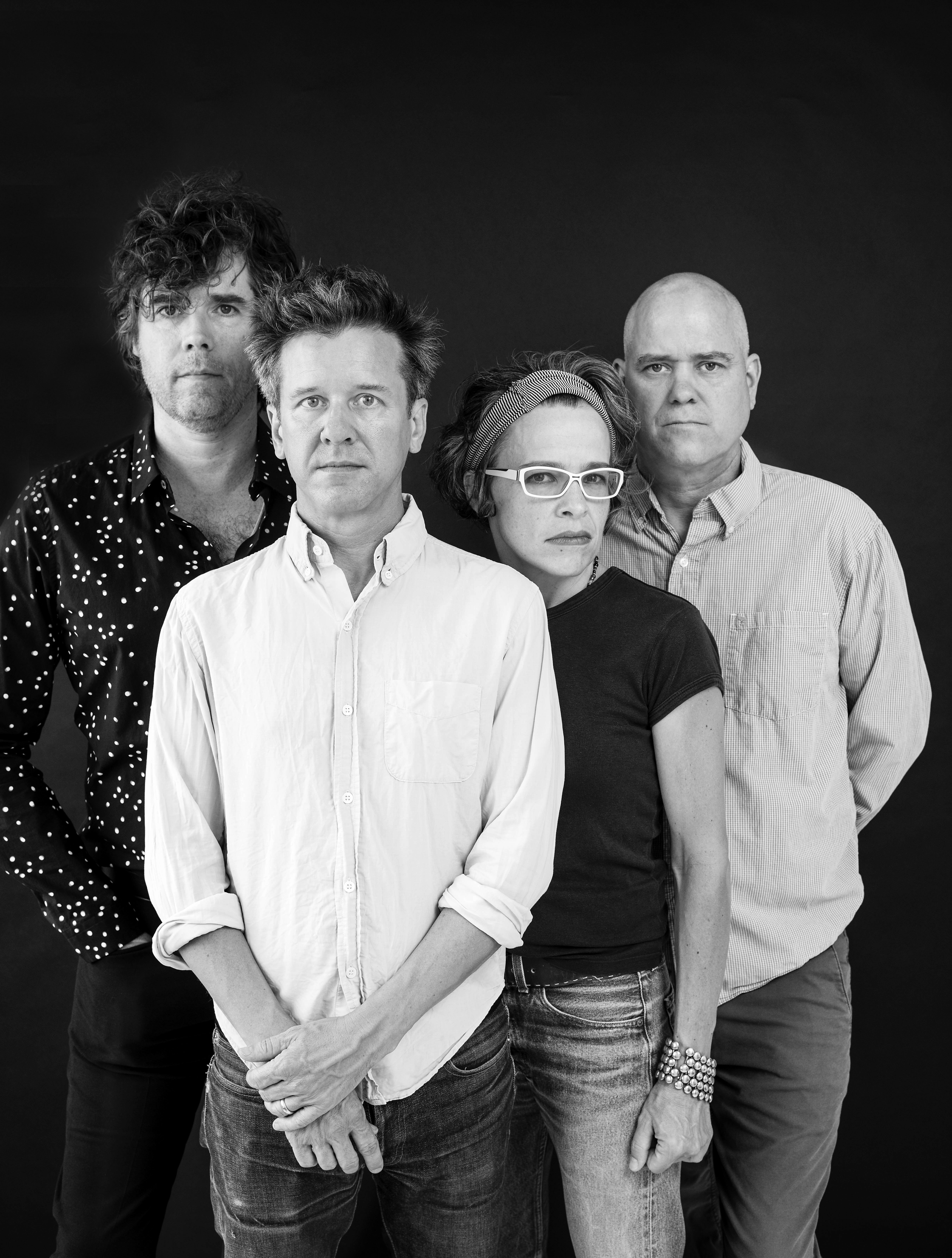 Indie superheroes Superchunk have released a series of benefit 7-inches, “Our Work Is Done” b/w “Total Eclipse,” with proceeds going to Bill McKibben’s climate-change advocacy non-profit 350.org. “Our Work Is Done,” a brand-new Superchunk song and their first since the February release of What a Time to Be Alive, features powerful guest vocals from Damian Abraham, while B-side “Total Eclipse” is a Klaus Nomi cover. As with “I Got Cut” b/w “Up Against the Wall” (benefitting Planned Parenthood South Atlantic) and “Break the Glass” b/w “Mad World” (benefitting the Southern Poverty Law Center).

The limited-edition 7-inch is shipping out from the Merge store today with the following options:

250 numbered copies on black vinyl
290 numbered copies on mint green marble vinyl, with sleeves signed by all four members of Superchunk
Once again, Merge will be partnering with Paddle8 to auction off one-of-a-kind artwork from some of Superchunk’s favorite contemporary artists to go along with an exclusive tri-color swirl pressing of the 7-inch. More than 20 artists, including Lonnie Holley, Alicia McCarthy, Joanne Greenbaum, Rebecca Morgan, Maya Hayuk, and Susumu Kamijo, donated works for this auction which begins on November 27 and runs for two weeks.

“Our Work Is Done” is an imaginary conversation between the last two living residents of a hot and dying planet. Damian Abraham from the band Fucked Up lends his gravitas to the situation. “Total Eclipse” is a song about a different kind of holocaust, originally performed by Klaus Nomi. When I saw the film Urgh! A Music War, the Nomi clip blew my mind. I didn’t know what to make of him or the performance. Truly a unique artist trying to convey the urgency of several emergencies at once.

The news these days is overwhelming, and sometimes it’s hard to focus on the larger issues we are all collectively facing. Climate change is transforming the world in dangerous ways and requires immediate action. The proceeds from the single will go to Bill McKibben’s 350.org, and we stand by them as they build the global grassroots climate movement that can hold our leaders accountable to the realities of science and the principles of justice.