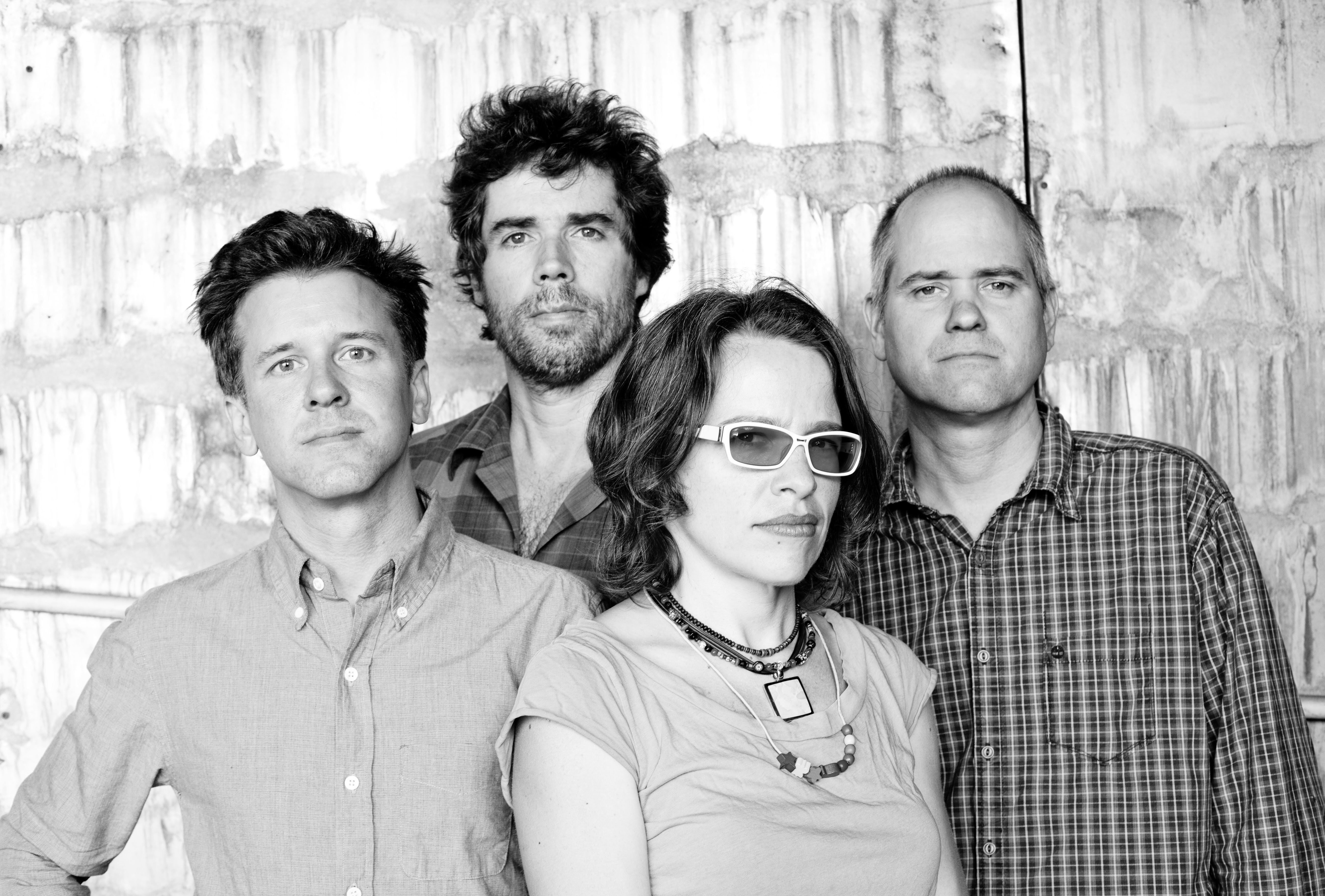 Today, Superchunk has released the the 7-inch single, which features new song “I Got Cut” on the A-side and a cover of Tom Robinson Band’s punk classic “Up Against the Wall” on the flip. Both songs are streaming at most online music stores.

Merge: on the release

Limited to 500 copies, the “I Got Cut” 7-inch is specially priced to raise money for Planned Parenthood South Atlantic, our regional chapter of the largest women’s health care provider in the United States. Two versions of the single are available today in the Merge store and will ship immediately: 300 numbered copies on black vinyl 180 copies on pink vinyl, with sleeves signed by all four members of Superchunk are sold out. Your mathematical mind might be thinking, “But wait, that’s only 480 copies, and you said there would be 500…”

The remaining copies comprise perhaps the most exciting aspect of this release. Combining the forces of the music world and the art world, we asked 20 of our favorite, and some of the most prominent, contemporary artists working today to create unique “record sleeves” for a special benefit auction to support Planned Parenthood. Each artist was asked to create a unique work of art on a piece of fine art paper the size of an unfolded 7-inch single sleeve, and the results from everyone involved are stunning.

These works of art will be available via auction at Paddle8 beginning June 15, with bidding closing on June 29. Each winning bidder will receive a special color pressing of the 7-inch housed in the standard sleeve, in addition to the original artwork.

Superchunk frontman Mac McCaughan shares the motivation behind the release of this single:

All people should have access to reproductive health care. All people should have control over their own bodies. “I Got Cut” was inspired by images like the photograph of our current president surrounded by a bunch of other ancient white guys, all smiling as they took away access to reproductive health care for women all over the world. The first line in the song, “All these old men won’t die too soon,” is a reference to them and anyone like them attacking women’s health care. On the positive side, the song is also inspired by shows of unity like the Women’s March on Washington in January. It’s about freedom of choice. It’s about healing psychic and physical wounds and staying free. It’s about getting out of the way to make room for people younger and more enlightened than ourselves.

Though it was originally written and recorded by the Tom Robinson Band in 1978, the B-side “Up Against the Wall” is an appropriate song for these times. Jon suggested covering this great song years ago and we never got around to it, but it made perfect sense to do so now. Tom Robinson himself was kind enough to waive his publishing royalties in order to better serve the fundraising cause of the single.

I felt like making a record in the punk rock tradition we grew up with, including the collage I created for the sleeve. Likewise, when we presented the concept to the artists involved, we proposed that the art be the size of an unfolded 7-inch sleeve, mirroring the style of all the singles we put out when we first started Merge over 25 years ago. As they were in 1989, the sleeves were printed by Barefoot Press in Raleigh (and they donated these to help the cause). We also put these together by hand like we did then.

These 7-inches are more expensive than a regular single because we are raising money for Planned Parenthood, an organization that works tirelessly to provide something that should be a right, not a privilege: health care. It’s easy to get discouraged when suddenly those in charge seem intent on ruining everything that is good about our country. We’re trying to channel the rage we share with you in a productive direction. Thanks for listening.