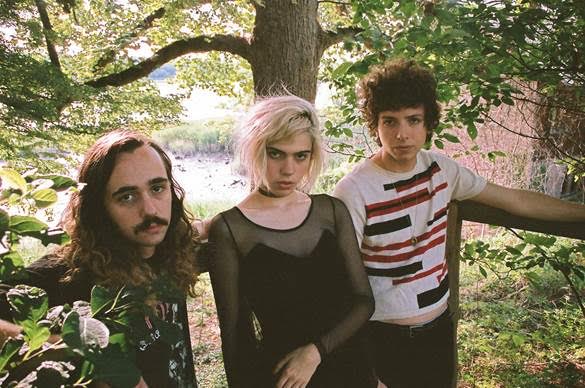 Sunflower Bean will release their album Human Ceremony early next year. Today, the band has unveiled their new video for the lead single, “Wall Watcher.” The track was originally released last month, now it receives the visual treatment from Roger Sargent about the daunting passing of time as expressed in the single (Where did the time go?/Gets faster as we go/I feel it all around.) Shot in an old buckle factory in London, the video for “Wall Watcher”.

Sunflower Bean have also announce today their first batch of U.S. tour dates in support of Human Ceremony. See below to find newly added dates, in addition to their hometown release show at Bowery Ballroom on February 25th and their return to Austin for SXSW 2016.

Human Ceremony will be released on February 5th via Fat Possum. Drawing inspiration from a vast pool of influences such as Black Sabbath and The Cure. Following the release of their singular EP earlier this year, and a 7-inch vinyl this Summer, Sunflower Bean played over 100 shows in one year between the U.S. and Europe, opening for the likes of DIIV, Best Coast, and Wolf Alice, and delivering show-stopping sets at CMJ, SXSW and UK’s Great Escape festival. Now.