“Sun Moth” by Fever The Ghost 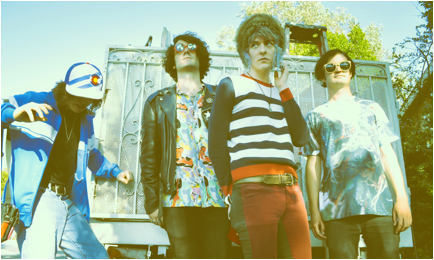 Fever The Ghost have announced their new album “Zirconium Meconium” which is out September 25th on Complicated Game (US)/Heavenly Recordings (UK).

The album’s introduction ‘Metempsychosis’ (meaning the supposed transmigration at death of the soul into a new body of the same or a different species), sets the ominous tone for the journey before giving way to the riffing stomp of ‘Rounder II’ showcasing Fever The Ghost’s aversion verse-chorus structure and uncanny ability to synthesize glam/psych/kraut rock, groove-based music, and experimental electronic sounds with radio friendly hooks into addicting sci-fi pop.

“Zirconium Meconium” comes on the heels of the Crab In Honey EP, which received much adulation from critics and peers alike. (Wayne Coyne affectionately saying about the EP in Mojo, ‘They’re great musicians but don’t give a fuck about that, they just love a drum machine for the sound.'”
In just the last year, the Los Angeles-based band has toured extensively with the likes of The Flaming Lips, Sean Lennon, and a recently wrapped east coast run with Temples. The band also contributed to last year’s Beatles’ tribute “A Little Help From My Friends,” curated by Coyne. 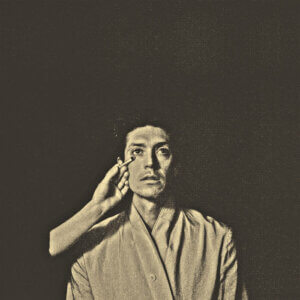