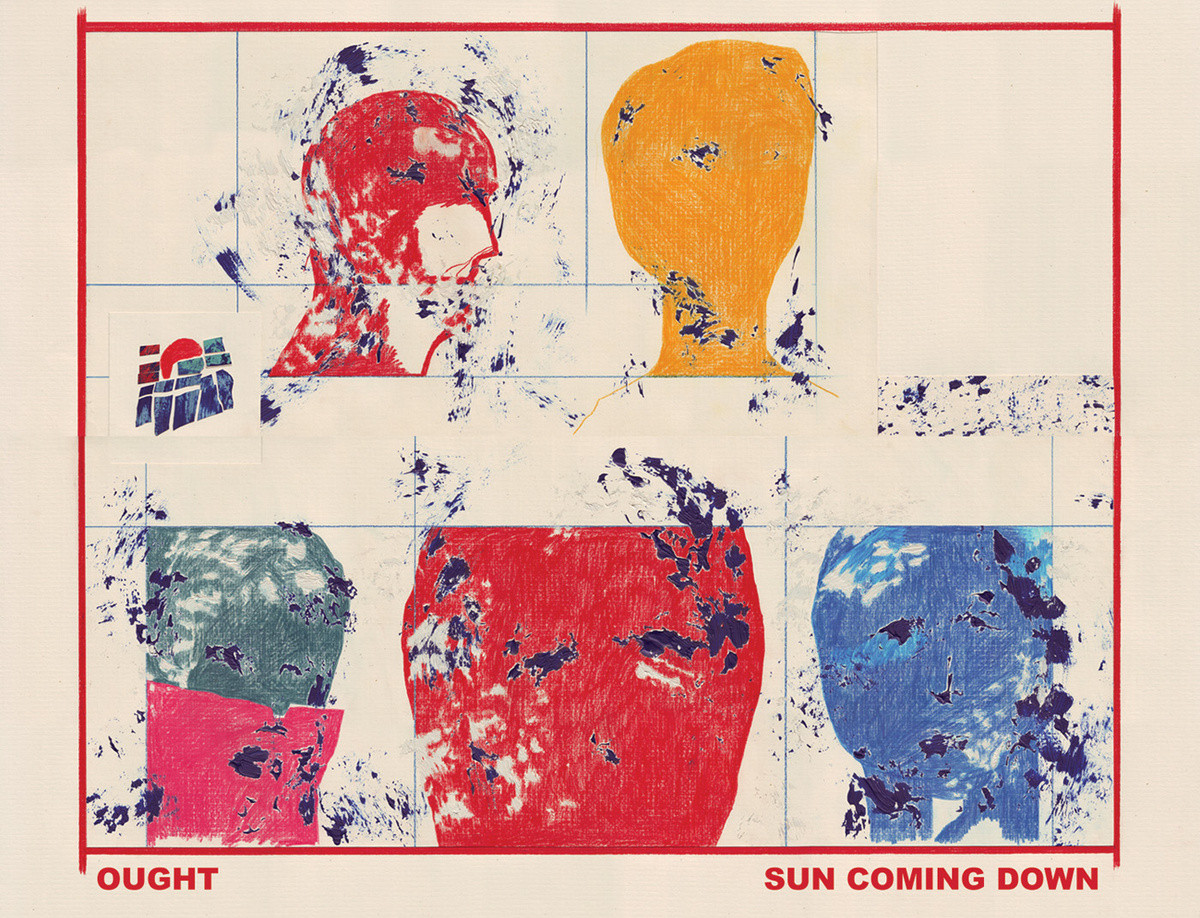 Montreal quartet Ought have gone through some changes since hitting the ground running with their much-acclaimed 2014 debut, More Than Any Other Day. Most noticeably, their frontman has legally swapped his name from Tim Beeler to Tim Darcy (the latter being his mother’s maiden name). As far as the band’s wiry push-and-pull goes, newly delivered sophomore LP Sun Coming Down is itself an evolution, presenting a band continuing to carve out their post-punk path.

Opener “Men for Miles” is a kinetic wonder– a forceful, tinder-crackling rave-up driven by the spark of an off-kilter keyboard line that ultimately immerses listeners in a blaze of distorted guitars and Darcy’s manic vocal ticks. Full of character, the frontman-guitarist bounces from faux-Brit sneers into fat-tongued crooning with such conviction that it may well bring, as he warbles over-and-over, a “tear to your eye.” But despite the fiery rumble of drums and hot-wired feel, at nearly six minutes long it begins to lose steam somewhere in the back-half’s extended instrumental jam.

It’s a fitting conclusion to the track, serving to underscore the rest of the album’s similarly misshapen aesthetic. Though a press release suggests Ought resists “overhyped dynamics,” the record’s “On the Line” features start-stop pacing pushed to its extreme. Maneuvering itself awkwardly from a slow and methodical art rock assemblage of violin drones, tri-tone keyboards and reedy cries into its jittery chorus, the piece’s tension is derived more from its cobbled presentation than its volume shift.

The almost excellent “Celebration” is a sweaty exploration that conjures Factory Records by way of a B-52s dance party, but it too loses the plot in a mid-song break down led by an askance and laissez-faire couplet of “All right, I’ll take it/Ok, let’s do it.” Its fall apart does, however, dovetail into an anxiety-affected group of lines (“These situations can be such a drag”), so the shift seems to fit, at least narratively.

But across an album full of meandering moments, it’s actually Sun Coming Down’s longest song that gives fans the biggest pay off. “Beautiful Big Sky” isn’t overly concerned with 0-to-60 time shifts, instead choosing to unfold itself across its nearly eight minute runtime with the simple repetition of two chords and a no-nonsense backbeat. This slow-boiling arrangement sits beneath Darcy’s dire visions of what’s surrounding us : “War Plane/Condo/Oil Freighter/New Development.”

Interestingly, the banality of small talk is used as a coping mechanism against these stress cracks in our day-to-day. Darcy actually gets more and more excited in the song as he rattles off a series of mundane musings on the weather and simple, supermarket lineup conversation starters (“How’s the church? How’s the job? How’s the family?”). The song is as bitterly humorous as it is heartbreaking with its approach to the human condition. At its most positive, though, it suggest that even if the sun is coming down, we still have that big beautiful blue sky. 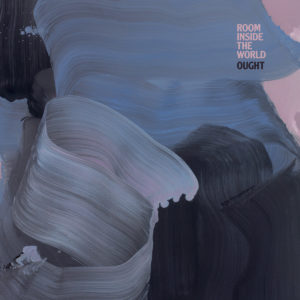 Ought ‘Room Inside The World’ 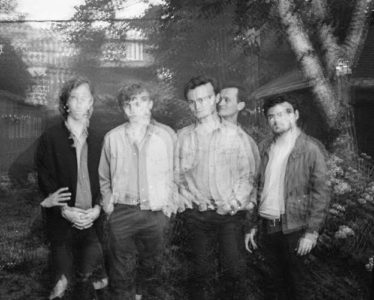 Ought release new video for “Desire”