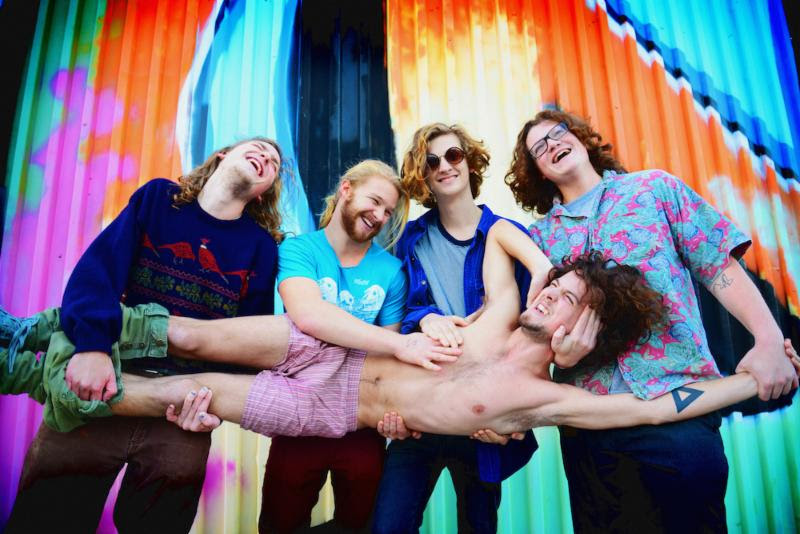 Sun Club’s debut LP titled The Dongo Durango deconstructs the traditional pop song and rebuilds it with off-kilter time signatures and unhinged vocals. The record will be out October 30 via ATO Records. They will partake in 5-week tour this fall with The Districts. See dates below.

The members of Sun Club became a band as childhood friends over ten years ago and with the release of a well-received 7″ and EP have toured endlessly ever since, moving from basement gigs to bars to opening up shows for the likes of Alvvays, FIDLAR, and Fat White Family.

The Baltimore band then set about recording The Dongo Durango using an old warehouse space just outside of their hometown as a makeshift studio. They recorded the album live, all the better to capture the raw and raucous energy of their concerts. There they channeled influences of fellow Baltimore greats from Future Islands to Dan Deacon, as well as drawing from their own musical libraries that include DEVO, The Beach Boys, and The White Stripes.

“We made this video at a time when not a lot of us had jobs and we had just spent a month recording the new album almost everyday,” Sun Club said of the video. “It was this weird in-between phase right after we finished recording, before we went on tour or had any idea of how the album would be released. It was also the end of so many years where we booked our own tours and made short releases. We’ve reached a new step where we are all psyched to properly release some of our music.”