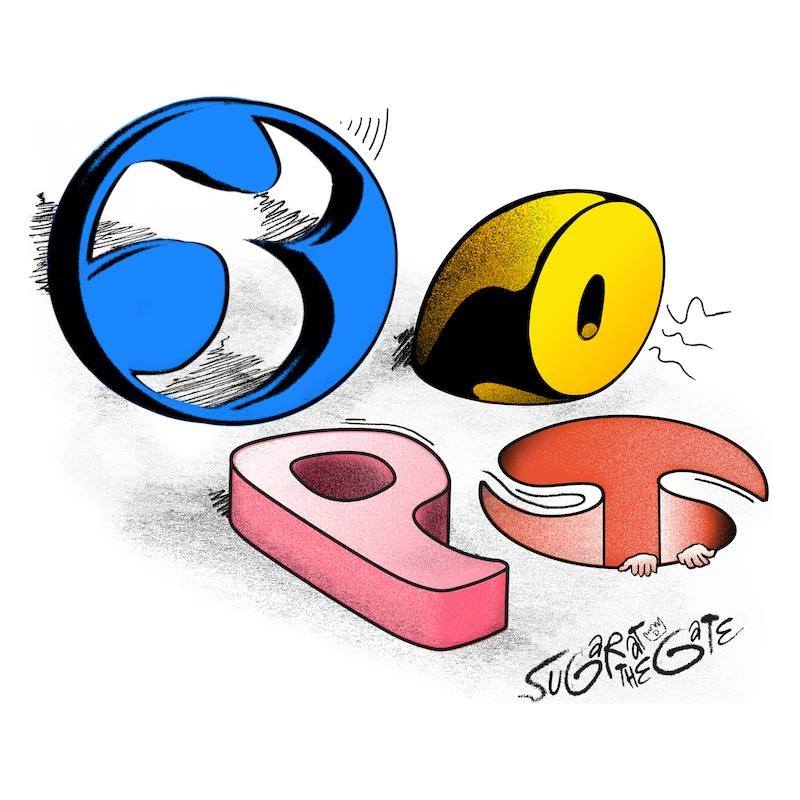 Sugar At The Gate

Sometimes there’s nothing better than a change of scenery to reset the mind. In 2014, Picture You Staring earned Montreal’s TOPS heaps of newfound industry and blog buzz, which often is accompanied by lofty expectations for the follow-up. With the bar lifted higher than ever before, TOPS bolted for Los Angeles to record Sugar At The Gate. In the course of their sunny escape, vocalist-songwriter Jane Penny said they were “living out a teenage fantasy”, and the energy from the new locale helped transform Sugar At The Gate into TOPS’ most ambitious album yet.

The album unravels itself slowly, beginning with the somber “Cloudy Skies”, where Penny apathetically sighs, “I look ahead and see my sorrow / no choice but to live tomorrow”. In the process of recoding the album, Penny and guitarist/co-writer David Carriere split up, and “Cloudy Skies” has all the signs of a break-up song. Expressing her sadness through a sparse and sugary vocal, the listener can’t help but feel distraught for Penny and hope that better days are on her horizon. Unfortunately those sad lingering feelings remain on “Further”, where Penny sings, “I just can’t let it go / I just can’t let it die”. Drummer Riley Fleck makes his presence felt here and fills in the empty gaps where sadness permeated on the album opener. This strong backing support results in a more comfortable sounding Penny, and shifts the album’s mood in a lighter direction for the songs to come.

After a rather gloomy opening, lead single “Petals” bursts through with a simplistic beauty. Guided by Mac DeMarco-esque jangly guitars, “Petals” sounds like it was composed on a lawn chair stretching up at the sun, making the song feel way too warm for Montreal. With a tongue-in-cheek blasé Californian attitude, Jane Penny sings she has a “phone full of numbers and a list full of names / no one to call, not much to say anyway”. The West Coast sun can also be re-energizing, as “Cutlass Cruiser” punches through on a shining chorus of “we all know our troubles will end”. “Cutlass Cruiser” is pure pop fun, and might never have been written if the band recorded during a never-ending Montreal winter.

Sugar At The Gate has been slowly building thus far from sparse sadness to California pop, and reaches a peak crescendo on “Dayglow Bimbo”. With a ridiculous song title, “Dayglow Bimbo” is the most fun track on the album and is made to blast out of your car driving downtown on a summer’s night. With her words buried amongst a funnel of noise, Penny’s voice becomes one of the prettiest instruments on the record before the song culminates with a Sonic Youth fuzz. Alongside album closer “Topless”, “Dayglow Bimbo” reveals TOPS at their most eclectic and is a welcome contrast to some of the more introspective songs on the album.

Overall, Sugar At The Gate is the most accomplished album in the TOPS discography to date. With anticipation high after Picture You Staring, TOPS surpasses all expectations here and have clearly evolved from their early Montreal roots. Though the band continues to rely heavily on Penny’s vocals rather than complex compositions, the TOPS formula makes for pure enjoyable indie-pop and is guaranteed to satisfy all listeners as they watch TOPS’ ascension.