Sufjan Stevens To Release ‘The Decalogue’ 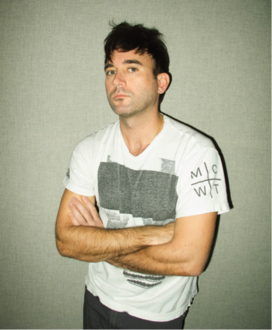 Sufjan Stevens will release his score for Justin Peck’s ballet The Decalogue on October 18, via his own label, AKR. Performed by the pianist Timo Andres, the recording is the first time the score, premiered during the New York City Ballet’s 2017 season, is available to the public. Ahead of the release, album track “III,” is now available to stream. The Decalogue is the fifth collaboration between NYCB Resident Choreographer Peck and Stevens, following 2012’s Year of the Rabbit, 2014’s Everywhere We Go, 2016’s The Countenance of Kings and most recently, 2019’s Principia.

Sufjan Stevens’ preoccupation with epic concepts has motivated two state records (Michigan and Illinois), a collection of sacred and biblical songs (Seven Swans), an electronic album for the animals of the Chinese zodiac (Enjoy Your Rabbit), an expansive EP in homage to the Apocalypse (All Delighted People), a full length partly inspired by the outsider artist Royal Robertson (The Age of Adz) and two Christmas box sets (Songs for Christmas, vol. 1-5 and Silver & Gold, vol. 6-10). BAM has commissioned two works from Stevens, a programmatic tone poem for the Brooklyn-Queens Expressway (The BQE) and an instrumental accompaniment to slow-motion rodeo footage (Round-Up). Stevens’ Planetarium, a collaborative album with Nico Muhly, Bryce Dessner and James McAlister imbued with themes of the cosmos, was released in 2017.

Carrie & Lowell explored his relationship with his mother in the wake of her death; a companion collection of outtakes, remixes and demos, The Greatest Gift Mixtape, was released in 2017. The songs “Love Yourself” and “With My Whole Heart” were released in 2018 in celebration of Pride Month, with a portion of the proceeds benefitting the Ali Forney Center in Harlem, NY and the Ruth Ellis Center in Detroit, MI. Stevens also contributed three much-lauded songs to Luca Guadagnino’s film Call Me By Your Name, including the Oscar-nominated “Mystery of Love.”