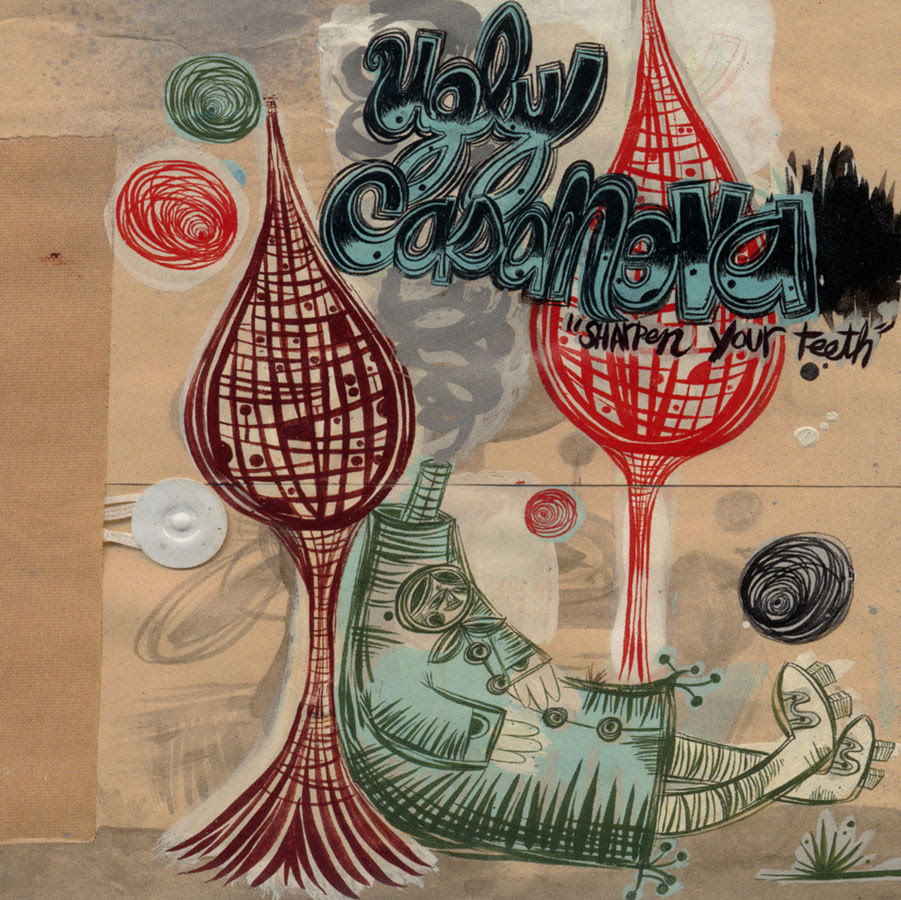 Sub Pop will reissue Sharpen Your Teeth, the underground classic and lone offering from Ugly Casanova, on 2xLP worldwide October 30th. The long, out-of-print vinyl edition will come with the original 13 track album and 4 bonus songs: “Babies Clean Conscience,” “Diggin Holes,” “Roads to Go to Roads to Go to…“ (which were available as limited edition singles around the album’s release); And the unreleased “They Devised A Plan to Fuck Forever,” recorded during the Sharpen Your Teeth sessions.

Sharpen Your Teeth is now available for preorder through Sub Pop’s online stores. The 2xLP will be available both on black and as a limited “Loser” edition yellow / white with yellow vinyl (while supplies last).

Ugly Casanova is Isaac Brock, of Modest Mouse. Or, possibly, it is a mysterious savant named Edgar Graham, who imposed himself on Modest Mouse at the Denver show of the band’s 1998 tour, introduced himself as Ugly Casanova, and, through a haze of unnerving instability, shared some rough songs with the band.
By the end of Modest Mouse’s tour, Casanova, with much reluctance, was persuaded to record some of these songs and hand them over to record labels for issue as singles or parts of compilations. Predictably, immediately after he had done so, he disappeared.
Then in November of 2001, a bundle was discovered among a stack of old packages, addressed simply to “Sub Pop, Seattle, WA”.
Inside, swathed in tape, Silly Putty and pelts of three identifiable rodents was a greeting from the long-lost Graham. Numerous tapes and a list of requests that alternated between raving demands for destruction of said tapes and meek pleas for recognition of their contents were extracted from the package. Fortunately Sub Pop decided that the tapes held promise, and released them in 2002 as Sharpen Your Teeth.

Until such time as Graham/Casanova resurfaces to take credit for his work and add a bit more to whatever understanding of him still exists, Sharpen Your Teeth will have to suffice. Produced by Brian Deck and Isaac Brock at Glacial Pace Studios (Oregon), Ugly Casanova’s songs are here performed by Misters Brock and Deck, as well as John Orth (Holopaw), Tim Rutili (Califone, Red Red Meat), Pall Jenkins (The Black Heart Procession), and a handful of like-minded collaborators.