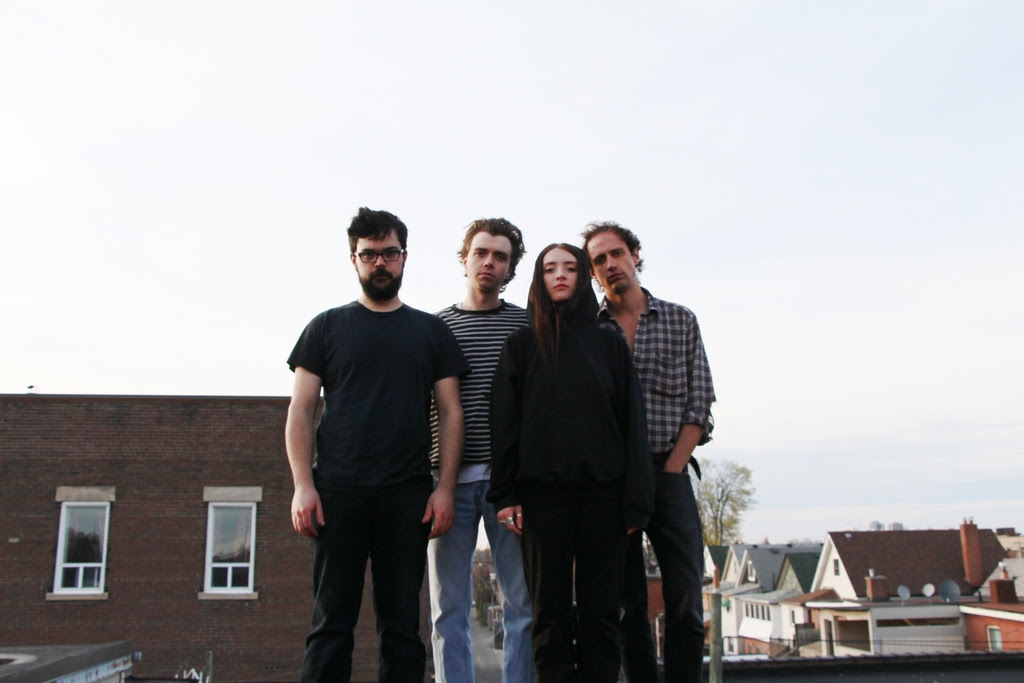 FRIGS have released their new Slush EP today on Arts & Crafts. After previously sharing a video for the EP’s first single, “God Hates A Coward.” The band is made up of Bria, Duncan, Lucas, and Edan. The band pairs the raw, emotional grunge of PJ Harvey with the immersive, psychedelic post-punk of early Sonic Youth.

Led by the force of Bria’s vocals, the band has earned a reputation for putting on a hypnotic and visceral live performance. Embracing the mercurial and experimental, their shows are built upon instinct; a vocal growl can unexpectedly give way to a hushed whisper; languid drones boil over into guttural and searing tones.

As members of Toronto’s multi-disciplined Heretical Objects Cooperative, community and collaboration are essential to FRIGS approach and aesthetic. Maintaining the communal, do-it-yourself spirit of their forebearers, the band bought recording equipment and turned their Toronto apartment into a studio where they wrote, engineered, and mixed their forthcoming EP, Slush.