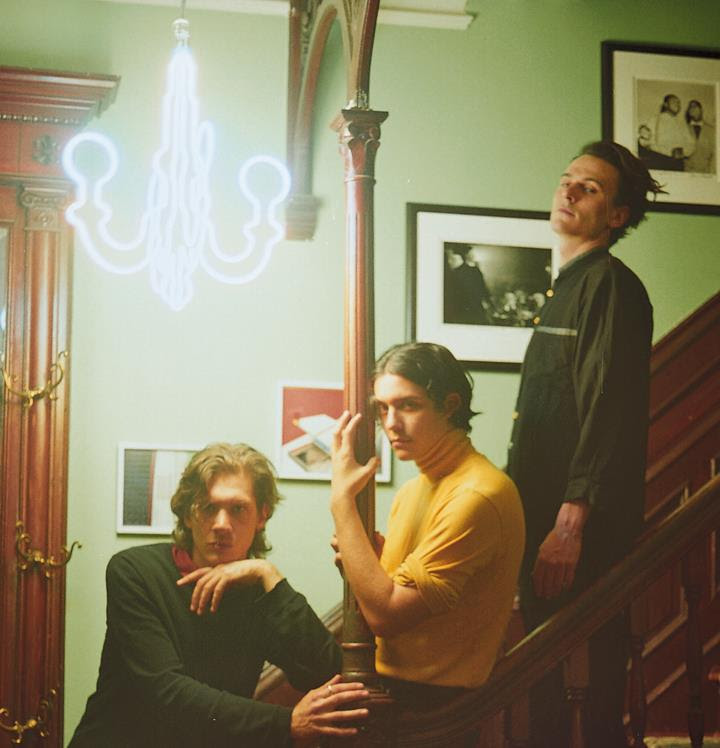 Strange Names have released a new video from director Joshua Sanchez for their single “I Can’t Control Myself.”

On May 19, 2015, this triumvirate of twenty-somethings Fletcher Aleckson, Francis Ximenez and Liam Benzvi—is releasing Use Your Time Wisely, a their debut LP.

The band came together while Ximenez and Benzvi were students at the University Of Minnesota; they were each part of other groups but ditched them to play together. The pair cycled through a series of bassists and drummers, until after their fifth show Aleckson approached them and said, “Francis, you know what the problem is here. Give me a call when you want to upgrade.” With that, the group cemented itself as a three-piece and one of the Twin Cities’ most talked-about acts until, with an eye toward bigger things—and graduation over and done with—the band picked up and moved to New York.

The album’s first single, “Ricochet,” is a prime example. “There are some songs on the record with profound lyrics that come from a place of great pain,” explains Ximenez, “but this song’s lyrics are just about trying to get with someone at a party.” There’s more to it than just getting laid, however: The song addresses the push-and-pull of ideas and of people; it addresses the contradictions of love and lust—and you can dance to it.